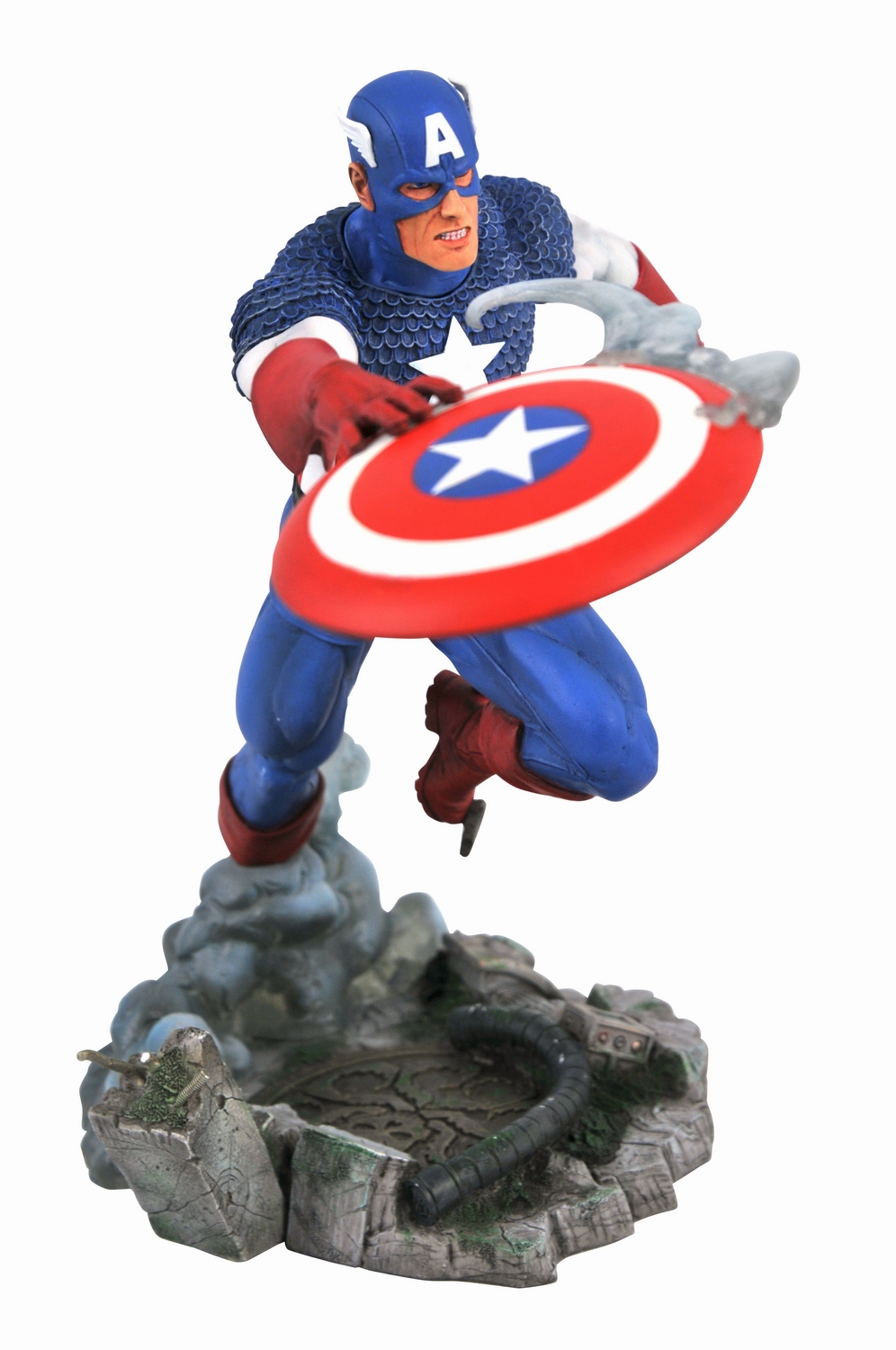 A Diamond Select Toys release! The action continues with the fourth series of deluxe action figures based on Avatar: The Last Airbender! Sokka comes with his boomerang, and he teams up with Final Battle Aang, with his removable elemental effect pieces and glider accessory. Each figure features approximately 16 points of articulation, as well as interchangeable hands. Each figure comes packaged in a full-color window box with hangtag. Designed by Eamon ODonoghue, sculpted by Richard Force! (JAN211964, SRP: $24.99/ea.)

A Diamond Select Toys release! Get ready to vamp out! The vampire Angel leaps into action in this all-new diorama based on the original BTVS television series! Has he gone fully evil, or is he just really mad? Who cares, because this 10-inch sculpture of the vampire with a soul features detailed sculpting and paint applications, and is made of high-quality PVC! It comes packaged in a full-color window box. Designed by Caesar, sculpted by Jorge Santos Souza! (JAN211963, SRP: $49.99)

A Diamond Select Toys release! The next Godzilla Gallery Diorama is coming, this time based on the poster for 1993s Godzilla vs. Mechagodzilla II! Measuring approximately 11 inches tall, this sculpture of the big G holding the remains of the gunship Garuda is crafted of high-quality PVC and features detailed sculpting and paint details. It comes packaged in a full-color window box. Designed by Joe Allard, sculpted by Jorge Santos Souza. Displays with Rodan, available now! (JAN211971, SRP: $89.99)

A Diamond Select Toys release! The long-running comic series from Skybound is now an animated series, and DST is delivering all-new action figures! Up-and-coming superhero Invincible and his alien father Omni-Man make up the first assortment of 7-inch figures, each with 16 points of articulation and interchangeable heads and hands, as well as various accessories: a concrete block and Flaxan arm for Omni-Man, a Reanimen head for Invincible, and baseball gloves for both! Each comes packaged in a full-color window box with hangtag. Sculpted by Chris Dahlberg! (JAN211962, SRP: $24.99/ea.)

A Diamond Select Toys release! Based on the original X-Men animation from the 1990s, this approximately 6-inch bust of Gambit is inspired by his appearance in the series, wielding his staff and playing cards. Featuring a cartoon-accurate paint scheme and line-perfect sculpting, this bust is limited to only 3,000 pieces and comes packaged with a certificate of authenticity in a full-color box. Designed by Barry Bradfield, sculpted by Paul Harding! (JAN211966, SRP: $59.99)

A Diamond Select Toys release! Nothing can stop the Rhino! The Spider-Man foe takes center stage in the Premier Collection as an all-new statue, showing the horned villain with his head lowered, ready to charge. Standing approximately 9 inches tall, this statue features detailed sculpting and paint applications, and is limited to only 3,000 pieces; it comes packaged in a full-color box with a certificate of authenticity. Designed by Caesar and hand-sculpted by Clayburn Moore! (JAN211965, SRP: $250.00)

A Diamond Select Toys release! Its a new line of Marvel Gallery Dioramas for the new decade! Depicting your favorite Marvel heroes in combat, the new VS series kicks off with none other than Captain America, hurling his shield as he races into the fray. Measuring approximately 10 tall, this sculpture is made of high-quality PVC and features detailed sculpting and paint applications. It comes packaged in a full-color window box. Designed by Nelson X. Asencio, hand-sculpted by Jean St. Jean! (JAN211967, SRP: $49.99)