The next addition to the Despicable Me franchise - Minions: The Rise of Gru - is due out on July 3rd but you can play with these five new sets from April 27th! 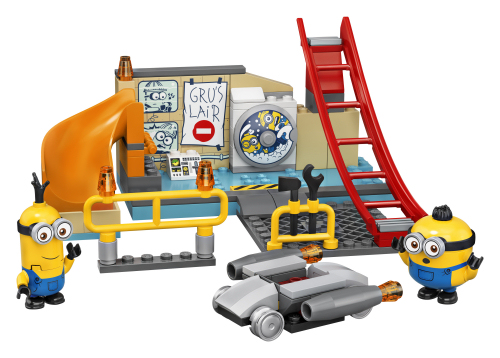 Ready to get inventive with the LEGO Minions in Grus Lab set? The Minions have helped to transform Grus basement into a laboratory. Now theyre preparing to have some fun. Watch them create mischief as they slide into the bananas and test out a vehicle on the ramp. See if they can make a vehicle crash into the fence!

Take to the skies with LEGO Minions Bob and Stuart. Theyre on a mission to save Gru and are piloting a plane for the daring rescue. Stuart is the pilot and Bob is a flight attendant in the passenger cabin, so its sure to be a bumpy ride. Watch out  an accident-prone Minion might fall into the toilet. And dont forget to find the fart blaster for extra fun!

The chase is on! Help Gru and the Minions protect the zodiac stone from the villains who want it back. Theyll need to be speedy to outwit theevildoers. Luckily theres a banana to throw as they ride along.Grus taking control of the LEGO Minions Unstoppable Bike Chase, with Bob helping up front. Meanwhile, Stuarts enjoying a thrilling rideas hes dragged along on the rocket skates. 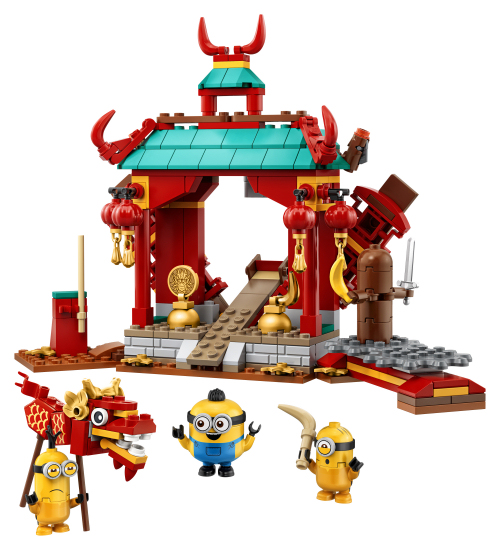 Join the Minions for kung fu training and celebrations at the LEGO MinionsKung Fu Battle. First the Minions practice kung fu moves using the weapon rack and rotating wooden dummy. Then they can parade with the Chinese dragon before admiring the pretend fireworks stud shooters that fire from the top of the temple. Watch out for the dramatic reveal as Otto appears out of the temple.

75551 Brick-Built Minions and Their Lair 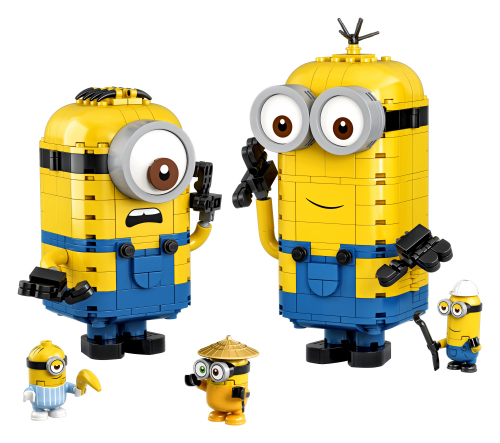 Want to step inside the unpredictable world of the Minions? Well, now you can! Build your favorite Minion then turn it around to reveal their room. Check out thefigure version of each character. Put them inside the roomto explore the mischievous personality of each Minion. Create inventions with Kevin in the lab orpop Stuart in his bedroom. Then rebuild Kevin into Bob with his kung fu playset.
Like most LEGO sets these are powered by kids imaginations, so no batteries are requied. These sets are a great choice for kids aged 4 and up, and with Instructions PLUS, even younger builders can enjoy the sense of achievement from building independently. Each LEGO Minions playset encourages children to role-play scenes from the Minions: The Rise of Gru movie. If youre looking for birthday present ideas for kids who love Minion toys, this is a top choice.

LEGO building bricks meet the highest industry standards, plus the LEGO Groups own quality criteria. This ensures they are consistent, compatible and connect and pull apart easily every time. All of the bricks and pieces are thoroughly tested so you know that every playset meets the highest global safety standards.