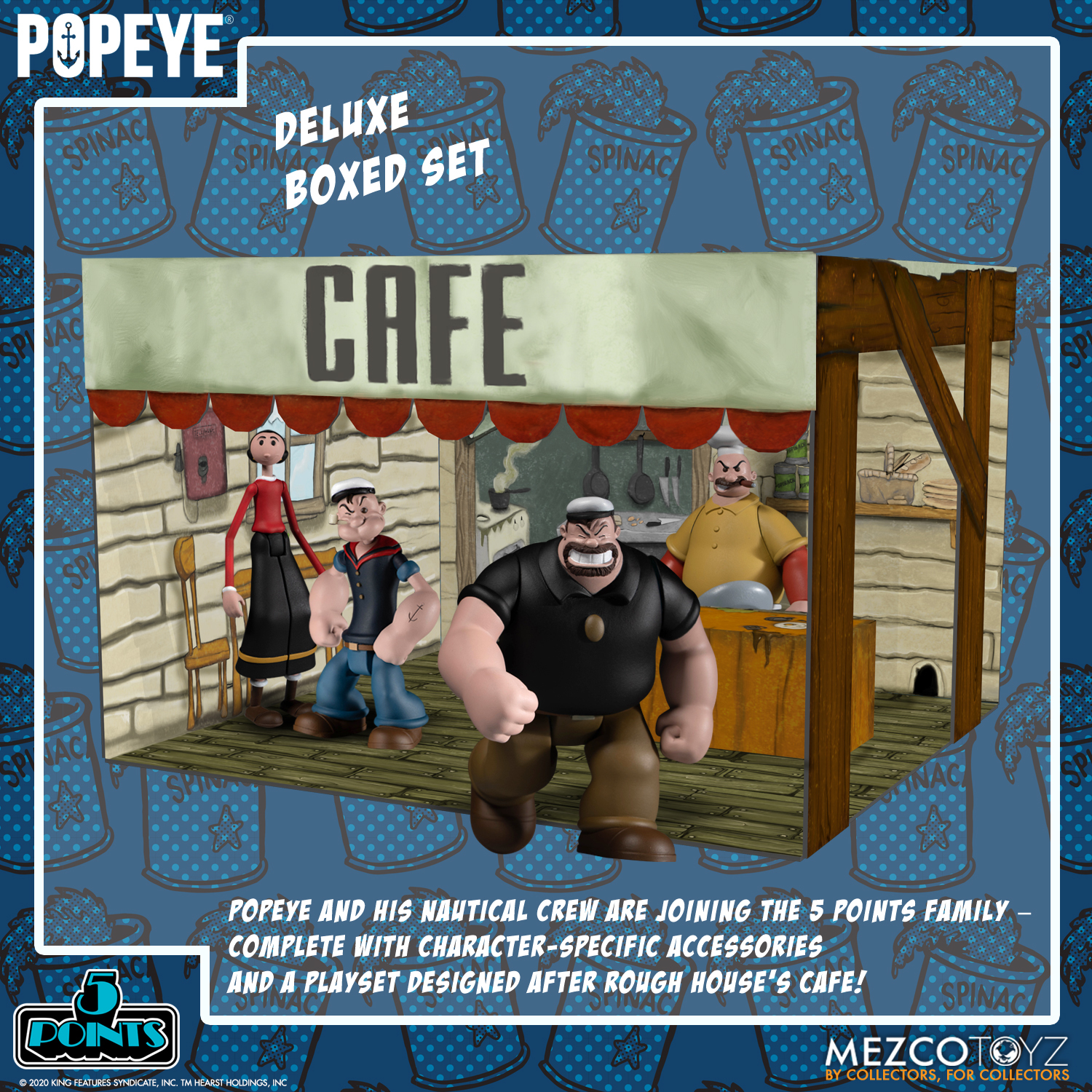 THE 5 POINTS POPEYE: DELUXE BOXED SET INCLUDES:
Popeye - Known for his constant muttering, squinting, and superhuman strength after gulping down a can of spinach, Popeye will do whatever it takes to rescue his beloved Olive Oyl from the wicked hands of Bluto. Popeye comes with a spinach can that he can hold and two pairs of interchangeable arms.
Olive Oyl  the poster girl for damsel in distress, Olive Oyl is Popeyes eternal sweetheart. The two have stuck together through thick and thin.
Bluto  the brutish arch-rival of Popeye, Bluto is always trying to get rid of Popeye or strike it rich. Bluto has a devious attraction towards Olive Oyl and usually attempts to make her his conquest. Bluto comes with two pairs of interchangeable arms.
Rough House  a hard working chef and owner of Rough Houses Café, offering hamburgers and advice to those in need. Rough House comes with a spatula and a frying pan that he can hold.
Rough Houses Café  owned and operated by Rough House himself, this greasy spoon is the local hotspot for Popeye and his pals.

The 5 Points Popeye Deluxe Boxed Set is available for preorder at https://mezcotoyz.com/5-points-popeye-deluxe-boxed-set.