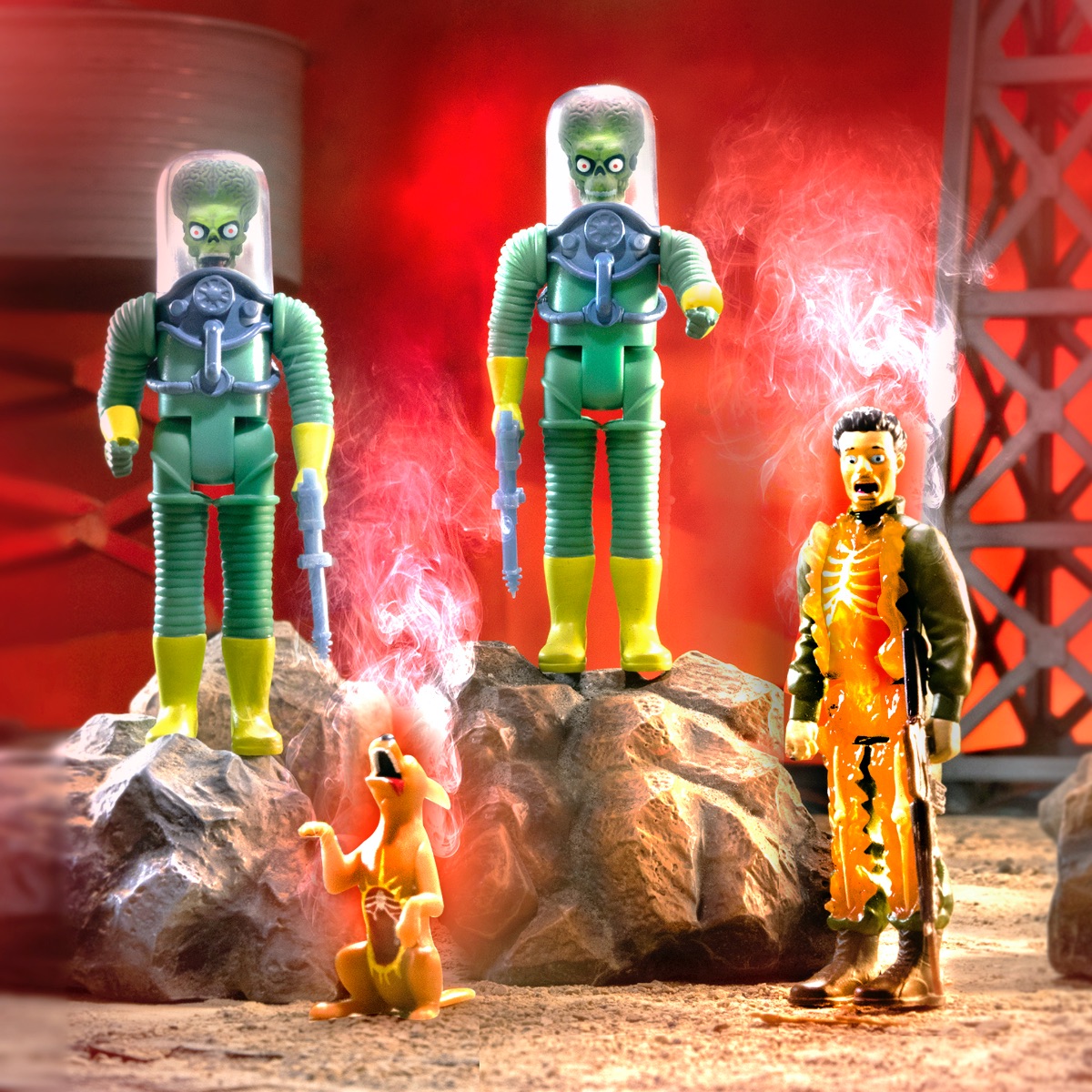 #19 BURNING FLESH The Martians in the Mars Attacks trading card series do not, in-fact, come in peace, as humanity quickly found out the hard way. The 3.75 articulated figure comes with a melted assault rifle and detail that leaves little doubt as to the fate of this unfortunate soldier. Based on card #19 in the series, the Mars Attacks Burning Flesh ReAction Figure is a must-have in your collection!

#36 DESTROYING A DOG: In the Mars Attacks trading card series, humanity and the animals of planet earth were nearly helpless against the Martian onslaught, but that didnt stop mans best friend from trying to defend its family. This 3.75 articulated Mars Alien figure bears a menacing expression with his arm angled and ready to aim that deadly ray gun, and also includes a dog that ended up paying the ultimate price for its heroism. Based on card #36 titled Destroying A Dog this Mars Attacks ReAction Figure is a must-have in your collection!

#1 THE INVASION BEGINS: With technology nearly beyond comprehension, the Martians in the Mars Attacks trading card series descended on humanity with brutal results. The 3.75 articulated Mars Aliens figure comes complete with a deadly ray gun, and is that a smile on his face? Based on card #1 The Invasion Begins this Mars Attacks ReAction Figure is a must-have addition to your collection!