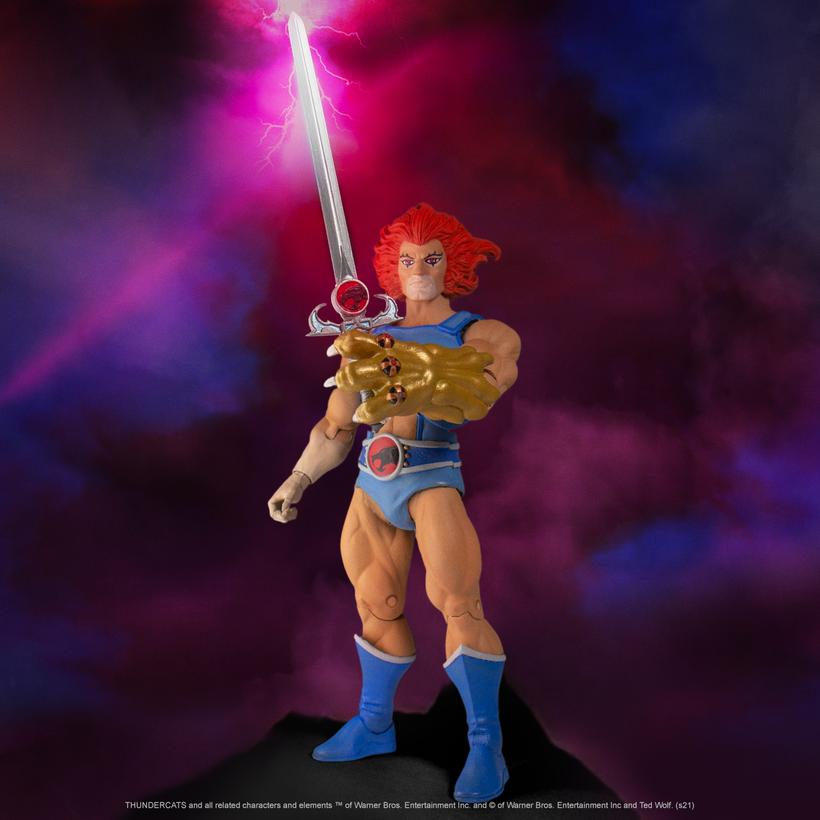 Straight from Third Earth, the Lion-O 7-inch super-articulated deluxe action figure comes beautifully painted and features a huge variety of interchangeable parts and accessories. The heroic leader of the Thundercats will come packaged with:

The Panthro 7-inch super-articulated deluxe action figure comes straight from Third Earth to you, beautifully painted and featuring a huge variety of interchangeable parts and accessories. The Thunderian chief mechanic will be ready for anything with a host of tools and weapons:

"Ancient spirits of evil, transform this decayed form to MUMM-RA, THE EVER-LIVING!" Mumm-Ra's presence is overwhelming and huge, and the Mumm-Ra with Ma-Mutt ULTIMATES! pack is the same! Mumm-Ra the Ever-Living stands at 8-inches tall, a full inch taller than the other Thundercats ULTIMATES! Figures! Mumm-Ra is accompanied by his ferociously loyal pet Ma-Mutt who is fully articulated and 2-inches in scale. Mumm-Ra will also come with these accessories: