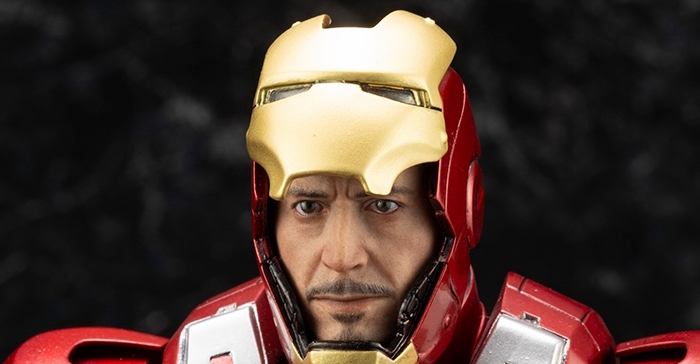 Carved into our memory from Summer 2012 is the monumental hero movie, The Avengers!

Iron Man in his new suit appearing at the climax of the movie is sculpted in dynamic posing as he faces his enemy with his leg thrusters at full throttle.

As an addition to the initially released versions, a head part with the helmet open, revealing Tony Stark's face is included as a bonus part.

To further stoke your imagination, a diorama pedestal of the street of New York where the epic battle took place is included.

The kit can be displayed straight out of the box with easy assembly.