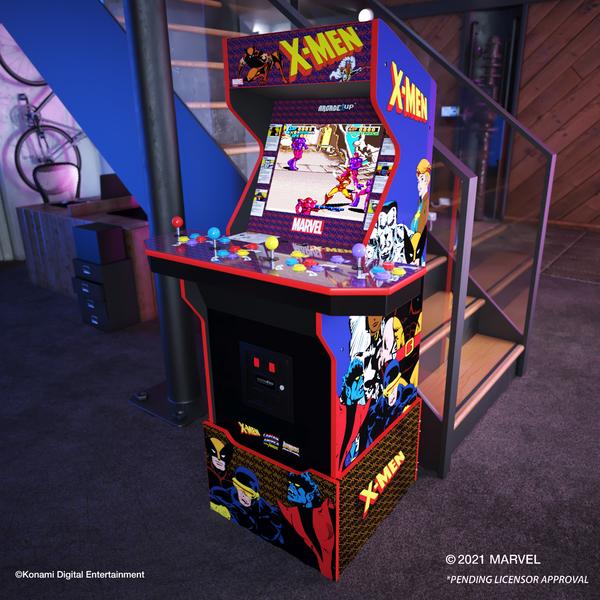 While no time frame or pricing was officially announced, we think these most likely will release in the third or forth quarters given the current global manufacturing and shipping delays. It is worth mentioning that most of the reveals at CES and Toy Fair last year were released prior to the end of 2020, however the pinball units have yet to realize wide release due to shipping issues. We expect most of these units to cost $449 and $499 for the larger units based on last year's pricing compared to similar units.

It has become more and more apparent that Arcade1Up is catering to those seeking more features and design aesthetics in the cabinets. All the releases last year included the custom risers and light-up marquees, and that seems to be holding true for the new reveals. Additionally a new aesthetic, faux coin slots, appears to have been added to the units as well. Lastly, the popular feature we saw on the NBA Jam cabinet, WiFi gameplay, is also making a return.

Finally! While we were disappointed the "Konami Cabinet" with X-Men, TMNT, and the Simpsons was never realized, we are glad to finally get this title in the four-player deluxe size. The cabinet features artwork from the original Konami X-Men cabinet. In addition to the main title, it also includes Captain America and the Avengers and Avengers in Galactic Storm. This unit also features WiFi enabled play.