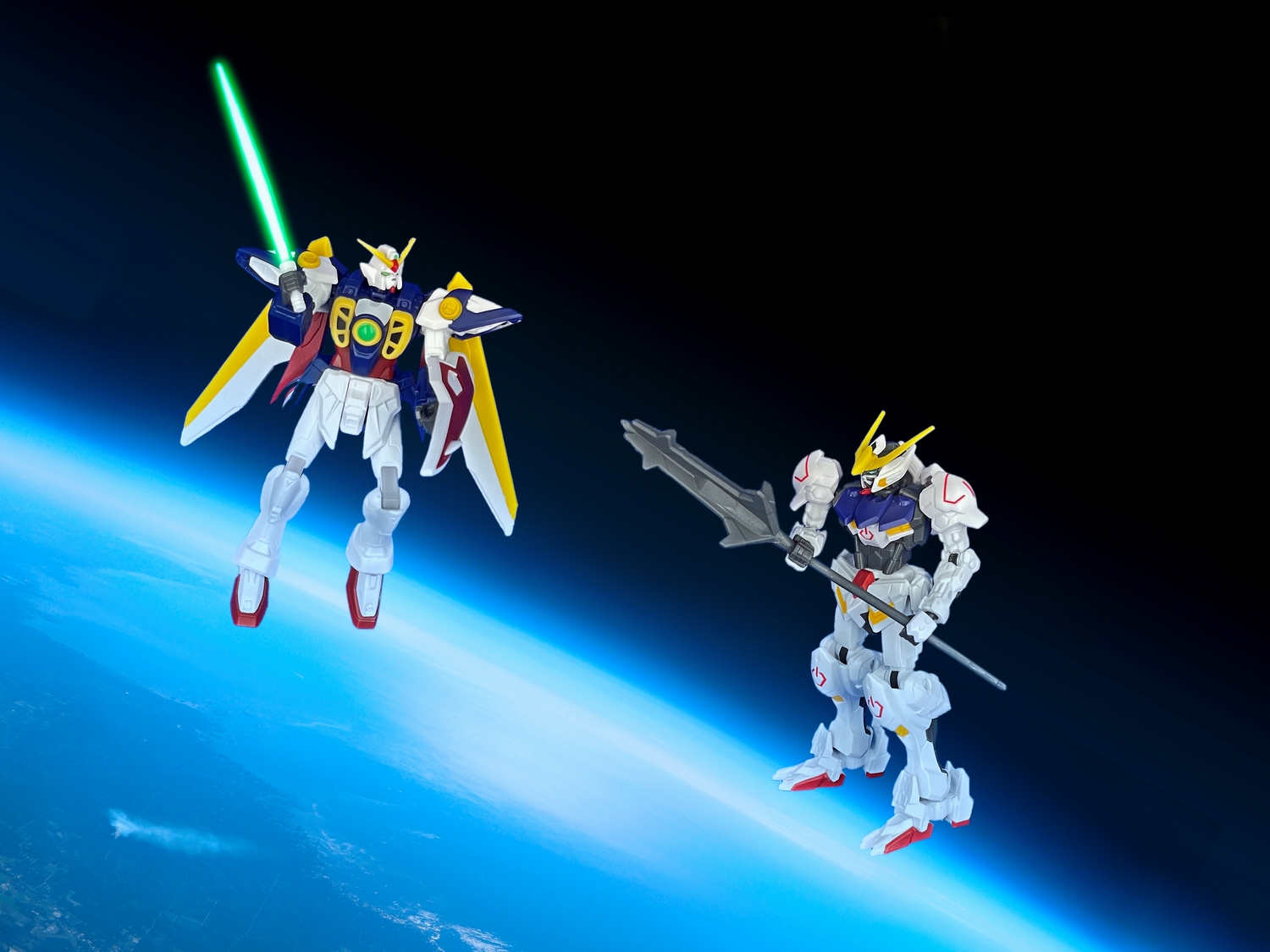 Thank you to Bandai for providing us with samples for this review.

First revealed in July, this new series pays homage to past and present models of Mobile Suit Gundam covering the most iconic suits from the Gundam universe. The line features five suits that have additional parts to make a sixth mobile suit. For this review we got a chance to look at Gundam Barbados and Wing Gundam. (Just to clarify, the above is a digital enhancement, the beam saber does not glow and some poses may require additional stands for support) 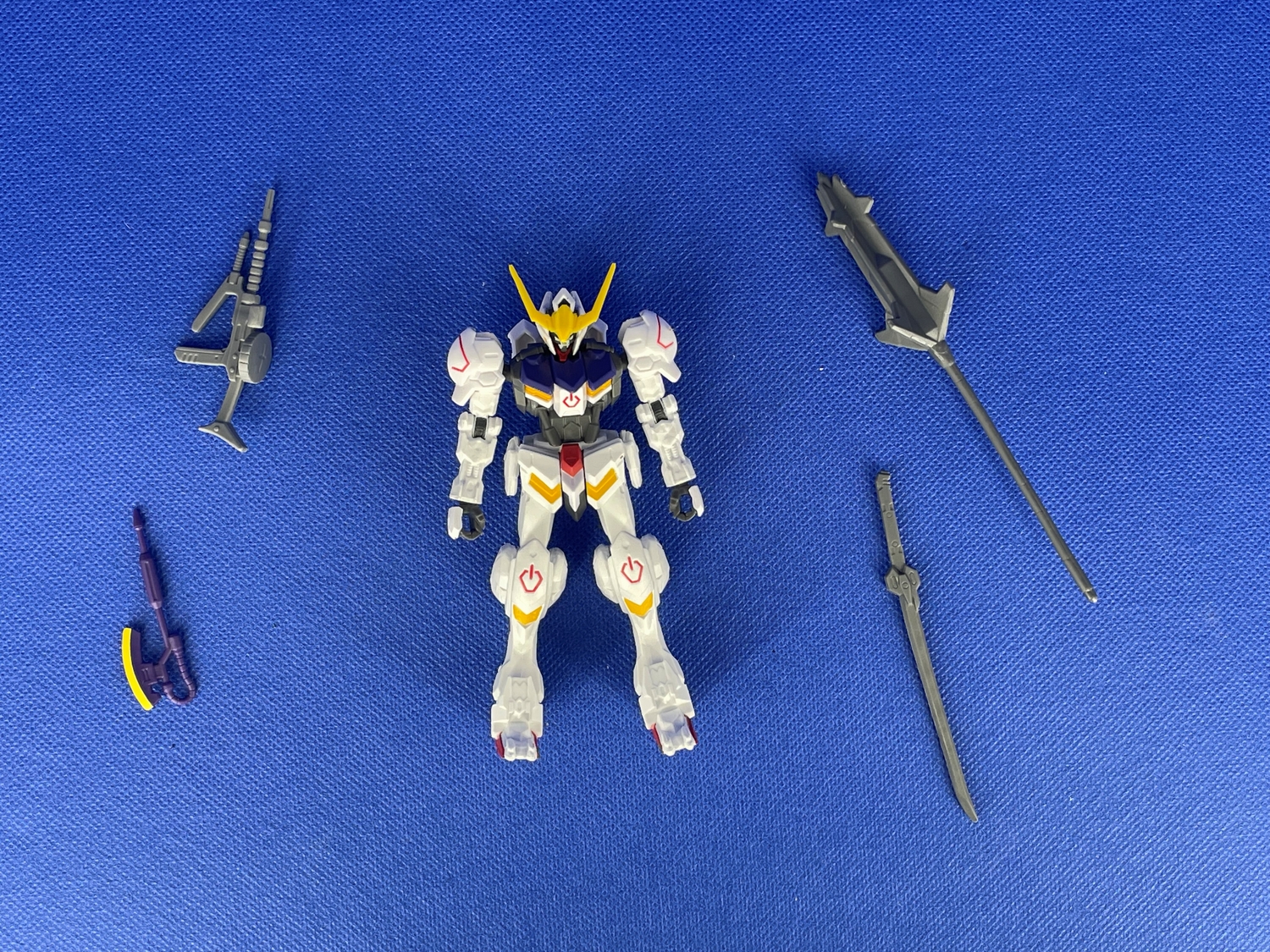 Gundam Barbatos
Based on its appearance in the Iron-Blooded Orphans series, which ran in the US starting in 2016 on Adult Swim, the figure includes some of his many weapons including his mace and long sword. The figure also includes the Zaku II's 120mm machine gun and Heat Hawk. This actually works out as Barbatos also uses a rifle and axe, although different in the series, can be a nice compliment to the figure's arsenal. 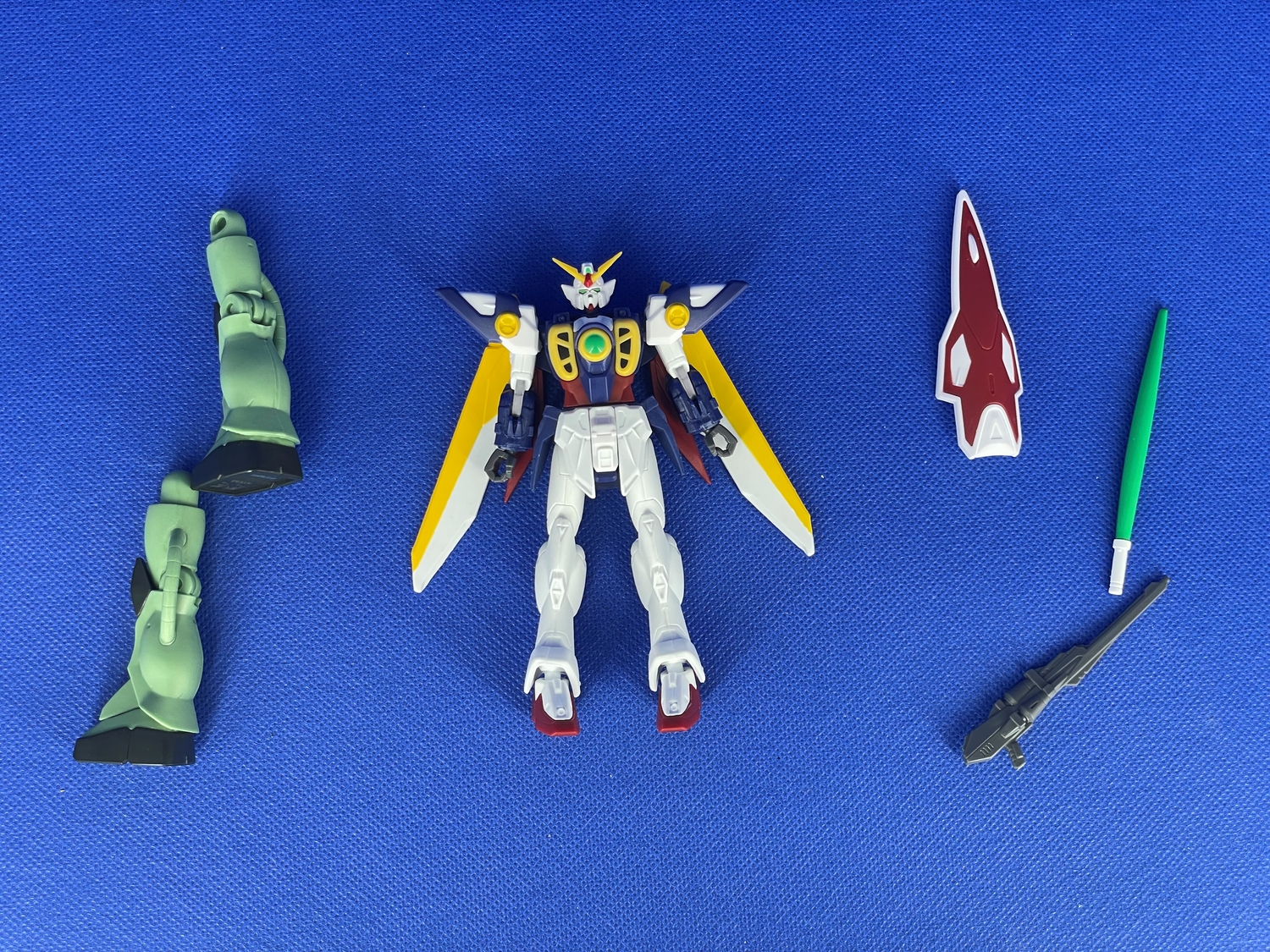 Wing Gundam
Aka Gundam Zero-One is the primary suit featured in the super popular Mobile Suit Gundam Wing series which began its run in 2000 in the US on Cartoon Network. For many of us this was one of the first Gundam suits we ever saw, and is the perfect suit to have in this line. He includes his signature weapon, the blaster rifle, along with his beam saber and shield. Beyond this, Wing Gundam also includes the Zaku II's legs. Not much you can do with these without the other parts at this point. 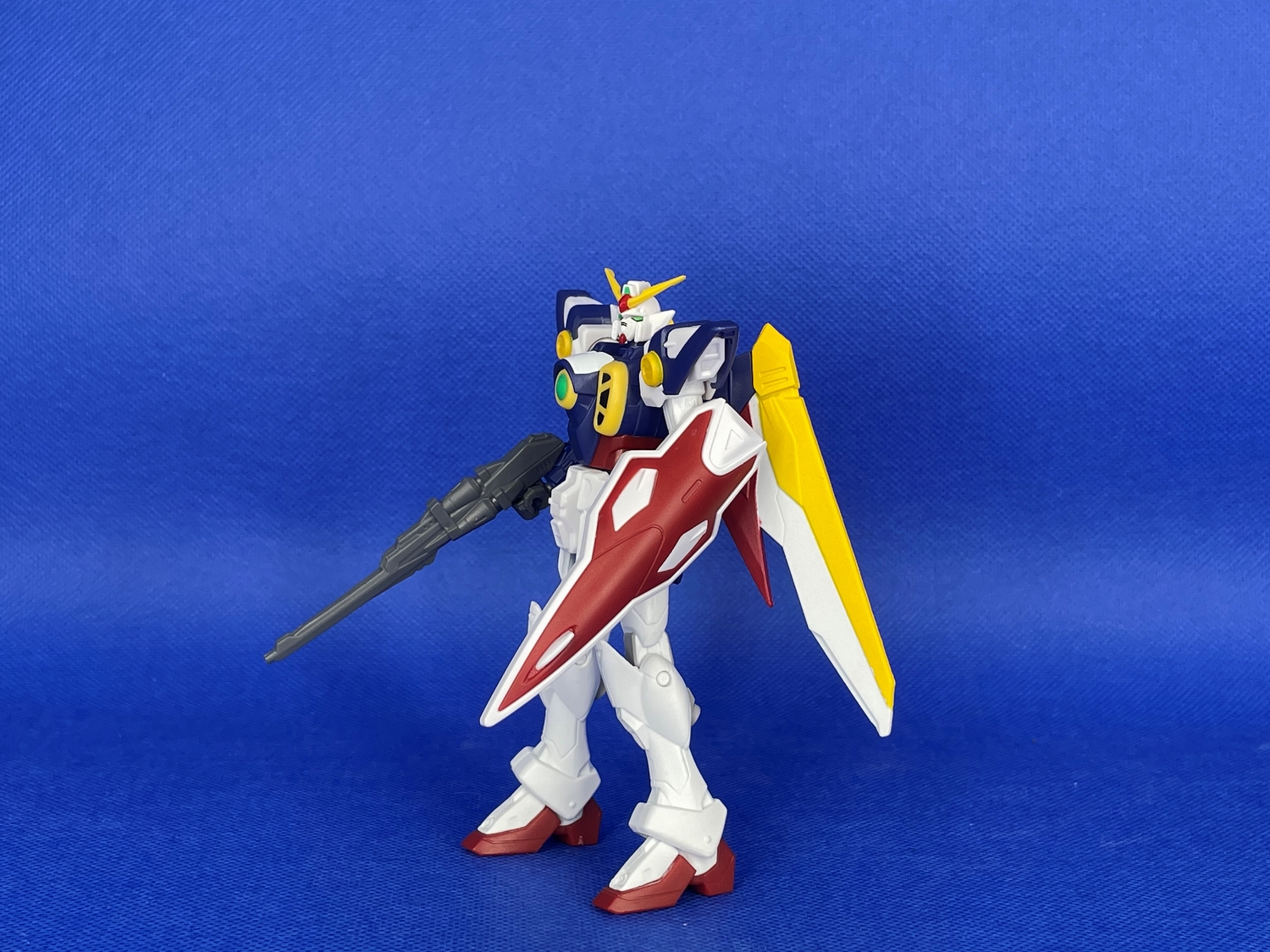 This is our first time reviewing a Bandai action figure out side of the Figuarts lines and we have to say we are really impressed and for many reasons. First, these figures have an extensive range of articulation, with more than 14 points. Essentially everything articulates, arms, wrists, head, shoulder armor, legs, etc. We got a lot of range on these figures for an assortment of poses. The articulation also lets them easily hold and wield their armaments. The Wing Gundam figure also has slots on the arms to hold the shield similar to how the suit functions in the series and is a critical detail. 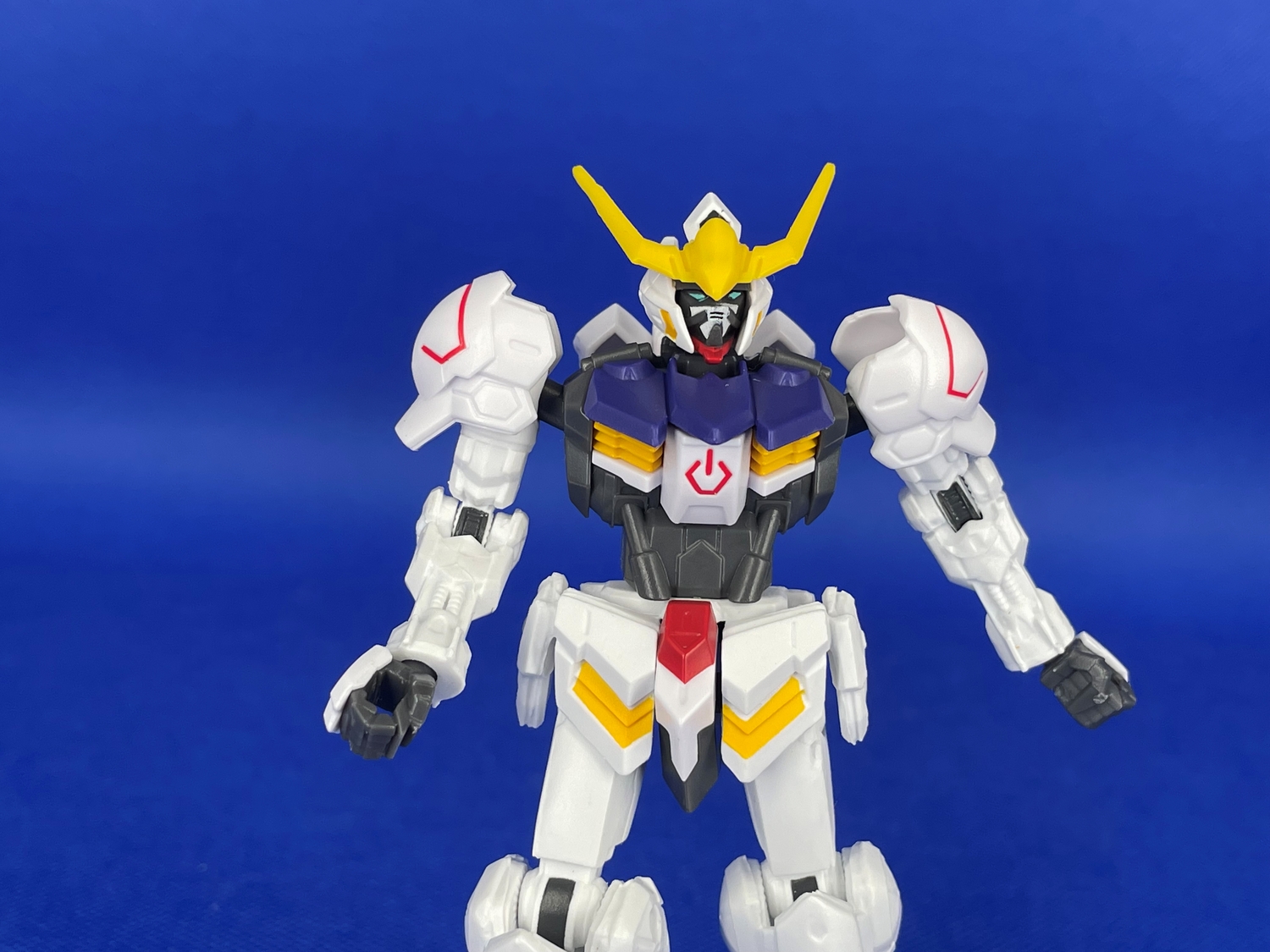 The paint scheme is excellent, and all applications are sharp with excellent lines. The attention to detail really comes out here and despite the intent of an action figure it makes a great display piece as well. 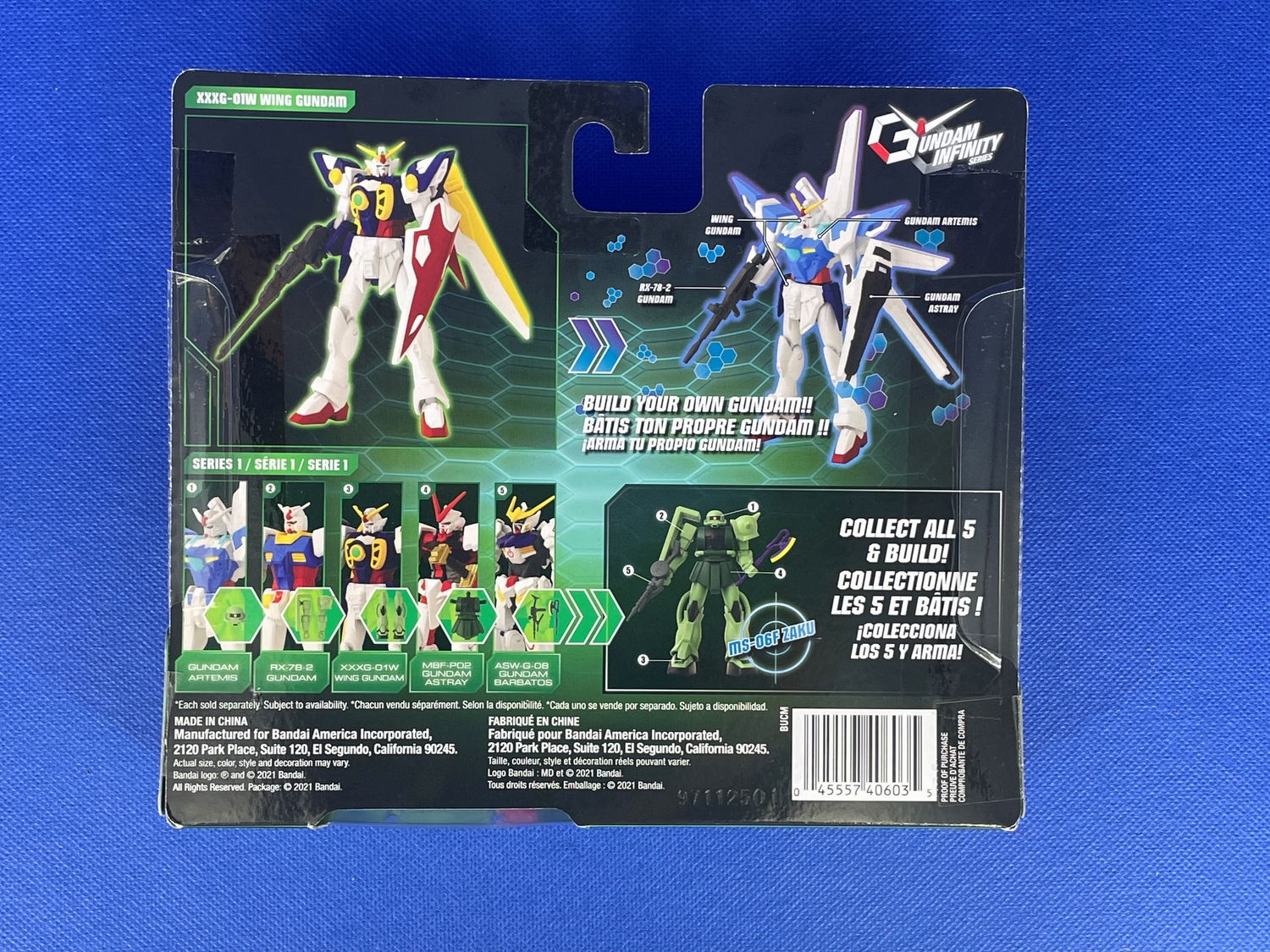 The real treat with this line is customization. Heads can be removed, torsos can be separated, and parts and weapons can be mixed and matched throughout the line to make you own Gundam. There are dozens of variations that could be made when you have the full line, a nice touch adding more depth to the collection than simple action figures. Back to the Zaku legs included with Wing Gundam, they cannot be used in customization with the other figures in the line as they have a different joint, also the legs are not meant to be removed on the other figures.

For collecting the whole line, you are rewarded with a bonus figure the MS-06F Zaku II, one of the grunts featured in Mobile Suit Gundam Wing. This figure is unique to completing the whole set and features LED light-up components, based on the press release. We didn't have the torso or head in our review samples, so we cannot clarify what exactly the light-up components are or how they operate but our assumption is the head lights up.

Bandai has an amazing attention to detail, and it is the little things that set this line apart from other action figures on the market. A huge range of articulation and sharply applied paint details, these feel like premium figures at an entry price point. These are sure to please any long-time fan of the series and we also found they worked well with children who are really into robots. Let's just admit Gundams are awesome, so you are going to like these regardless. You can acquire yours from a variety of retailers, including BigBadToyStore, starting later this month. Also look for the upcoming Ultimate Luminous line with light-up features covered in the below press release.