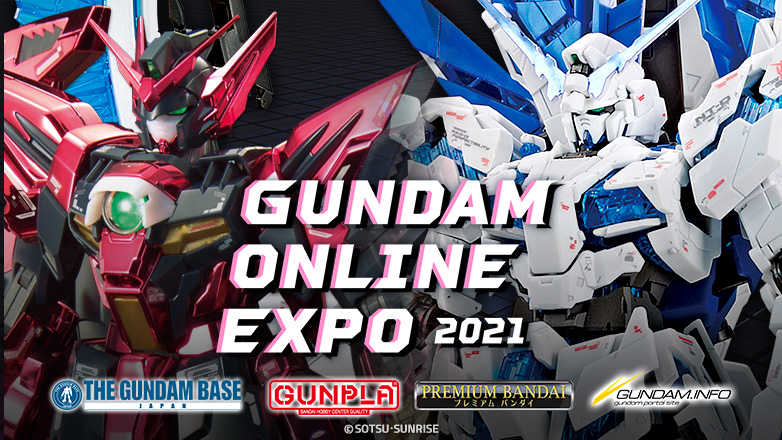 will feature video content from current and future Gundam anime and live-action titles  including both screenings and event-only reveals  all made possible by 2021 partners Netflix and Crunchyroll. The Gundam Online Expo 2021

This years GUNDAM ONLINE EXPO will showcase more than 100 different GUNPLA and feature a vast collection of exclusive model kits  including numerous GUNPLA from both the GUNDAM FACTORY YOKOHAMA and THE GUNDAM BASE TOKYO that were previously only available in Asia. For 2021, the GUNDAM ONLINE EXPO GUNPLA collection will be available during the GUNPLA Live Shopping Experience and on the PREMIUM BANDAI


UNLEASH THE WORLD OF GUNPLA WITH ADAM SAVAGE

Tested is one of the largest content platforms and online communities for makers on YouTube, with more than 5.5 million subscribers. It is led by editor-in-chief Adam Savage, whose storied career began in special effects working on more than 100 TV commercials and a dozen feature films, followed by the role of co-host on the long-running Discovery Channel series MythBusters. For 2021, the GUNDAM ONLINE EXPO is collaborating with Tested to produce a one-of-a-kind GUNPLA build video. The GUNPLA workshop video will premiere on the GUNDAM ONLINE EXPO website via the Tested YouTube channel.

Attendees of the GUNDAM ONLINE EXPO will have the opportunity to virtually visit THE GUNDAM BASE TOKYO for a tour of the worlds largest and ever-changing GUNPLA exhibition. The tour will be available for the duration of GUNDAM ONLINE EXPO at Gundam.Info.

In addition to the Adam Savage GUNPLA Workshop, the GUNDAM ONLINE EXPO will feature a variety of other specially produced video content including: