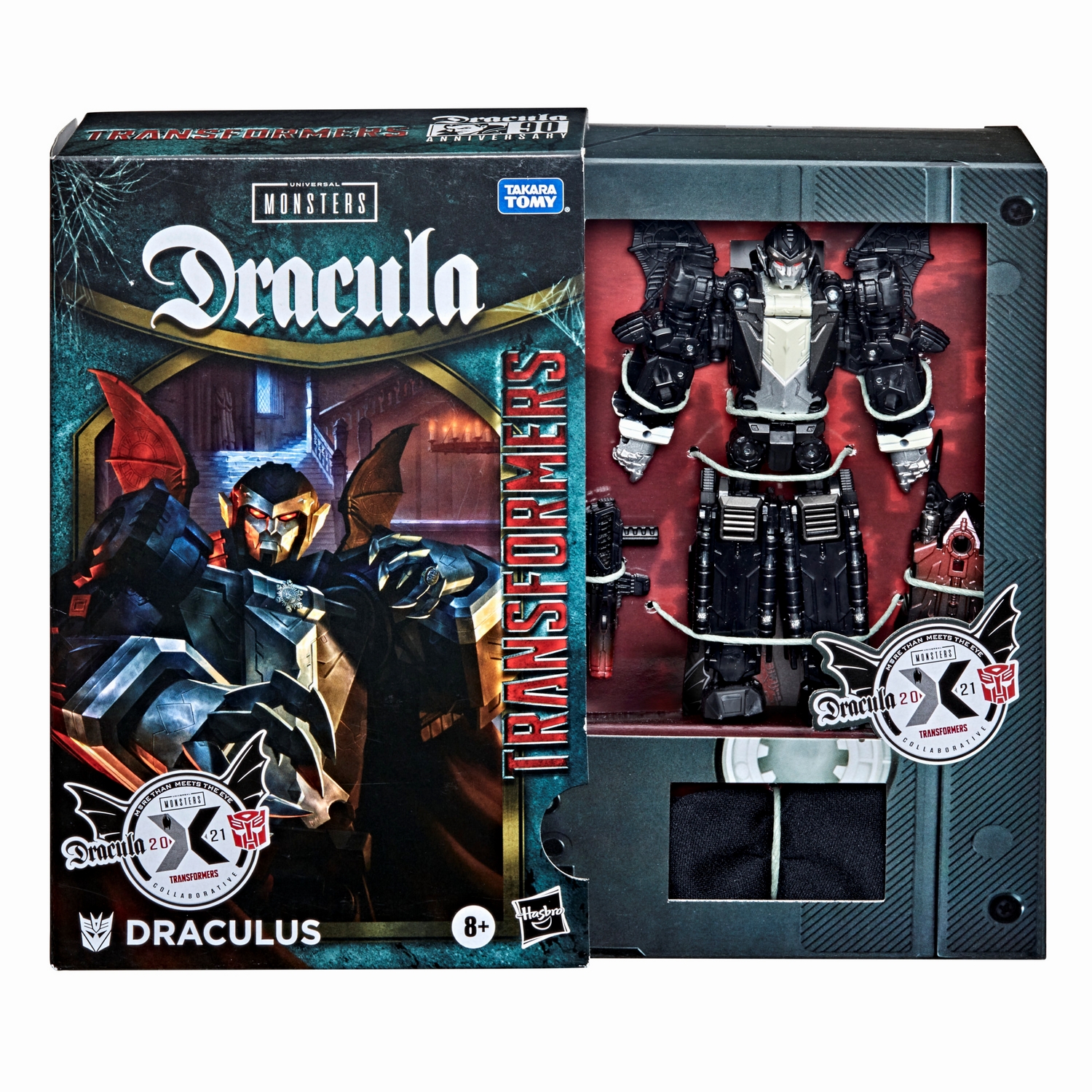 Worlds collide in this TRANFORMERS-Dracula mash-up pack! The mysterious Count Dracula takes on a new form as a TRANSFORMERS robot, called DRACULUS. We are dealing with the undeadan undead DECEPTICON! DRACULUS rises from stasis under the cover of darkness and feeds on the ENERGON of the living. The DRACULUS figure is inspired by the vampire from the 1931 Universal Pictures film, Dracula. The figure stands at 5.5 inches, converts into bat mode in 23 steps, and features details inspired by the Dracula movie, including black and white deco inspired by the black and white movie release. DRACULUS also comes with cape, blaster, and Impaler claw accessories.