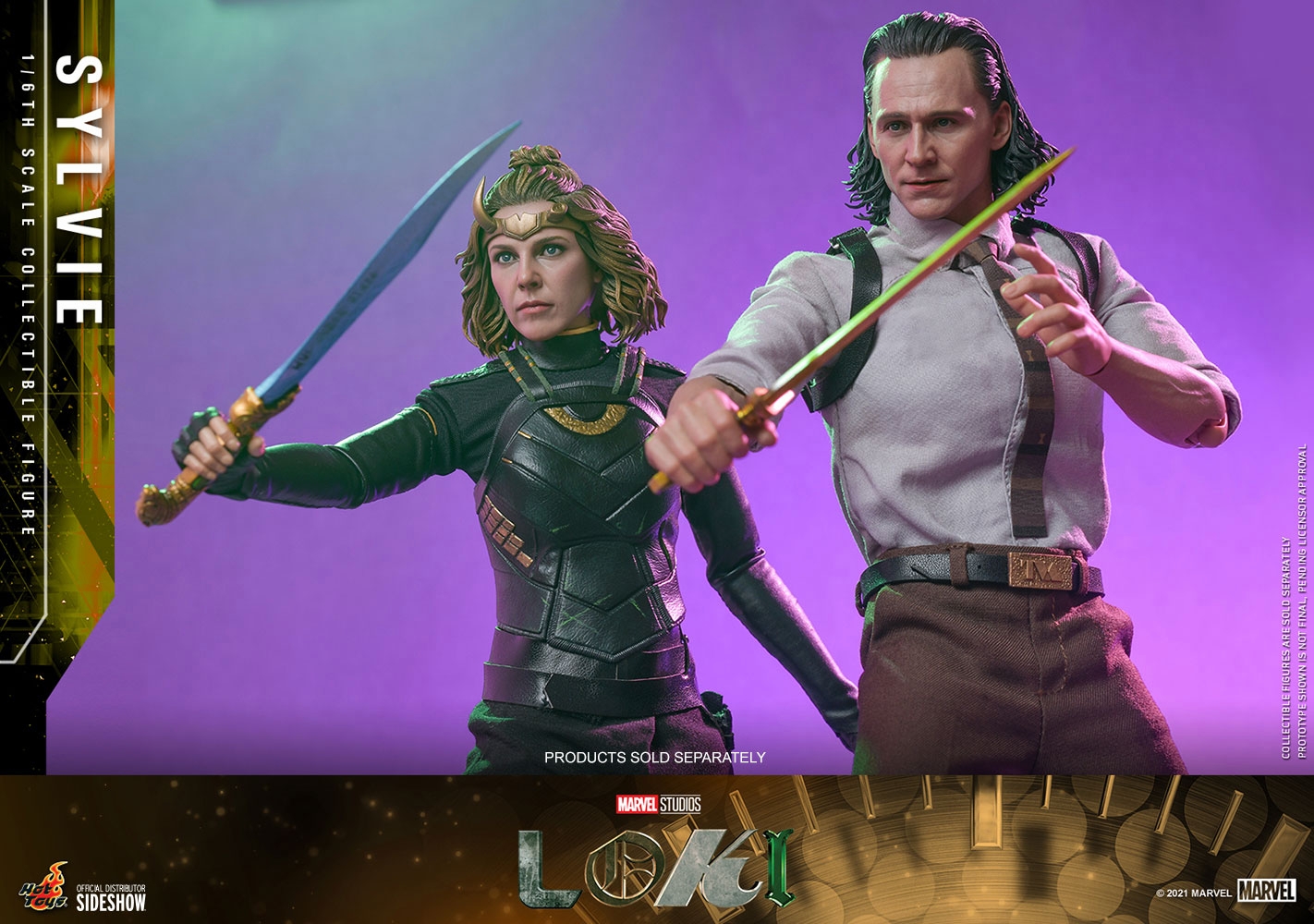 First introduced to the Marvel Cinematic Universe in the 2011 movie Thor, Lokis popularity has continued to soar. Over the years, Marvels God of Mischief has grown from a fan-favorite, scene-stealing villain to an endearing antihero.

In the new Disney Plus series, the story picks up immediately after Loki steals the Tesseract in Avengers: Endgame. To prevent any damage to the original timeline, Loki is enlisted by an agent from the Time Variance Authority (TVA) to fix the broken reality.

Masterfully crafted and inspired by the appearance of Loki wearing the TVA Suit outfit as seen in the series, this figure features a newly developed head sculpt with amazing likeness of Tom Hiddleston, an elaborate screen accurate costume, Loki's signature weapons, and a variety of highly detailed accessories including a sword, a sword with fire effects, a pair of daggers, a Miss Minutes hologram with different expressions, a computer, a TemPad, a collar, and a reset charge device with effect. The figure also includes a themed figure display stand and a Time Door backdrop.

After her shocking reveal at the end of Marvel Studios' Loki episode 2, Sylvie Laufeydottir proves to be more than capable of living up to the Trickster God's mischievous reputation.

Beautifully crafted and based on the appearance of Sophia Di Martino as Sylvie in the series, this new figure features a hand-painted head sculpt with an incredible likeness, an elaborate and intricate screen accurate costume, and a range of highly detailed accessories including Sylvies blade, a prune stick with interchangeable ends, a TemPad, a reset charge device and effect, a Time Door backdrop, and a themed figure display stand.

A hand-painted likeness of Sophia Di Martino as Sylvie in the Loki series,
with highly accurate facial expression, make up and skin texture
Blonde sculpted hair
A 1/6 scale body with over 30 points of articulation
Ten interchangeable hands for a variety of posing options
One poncho with hood (embedded with bendable wire)
One black vest with green and bronze details
One long sleeve shirt
One pair of pants
One belt with blade sheath
One pair of boots
One blade
One prune stick with interchangeable stick ends
One TemPad (articulated)
One reset charge device
One reset charge effect
One Time Door backdrop
A themed figure display stand with character name plate