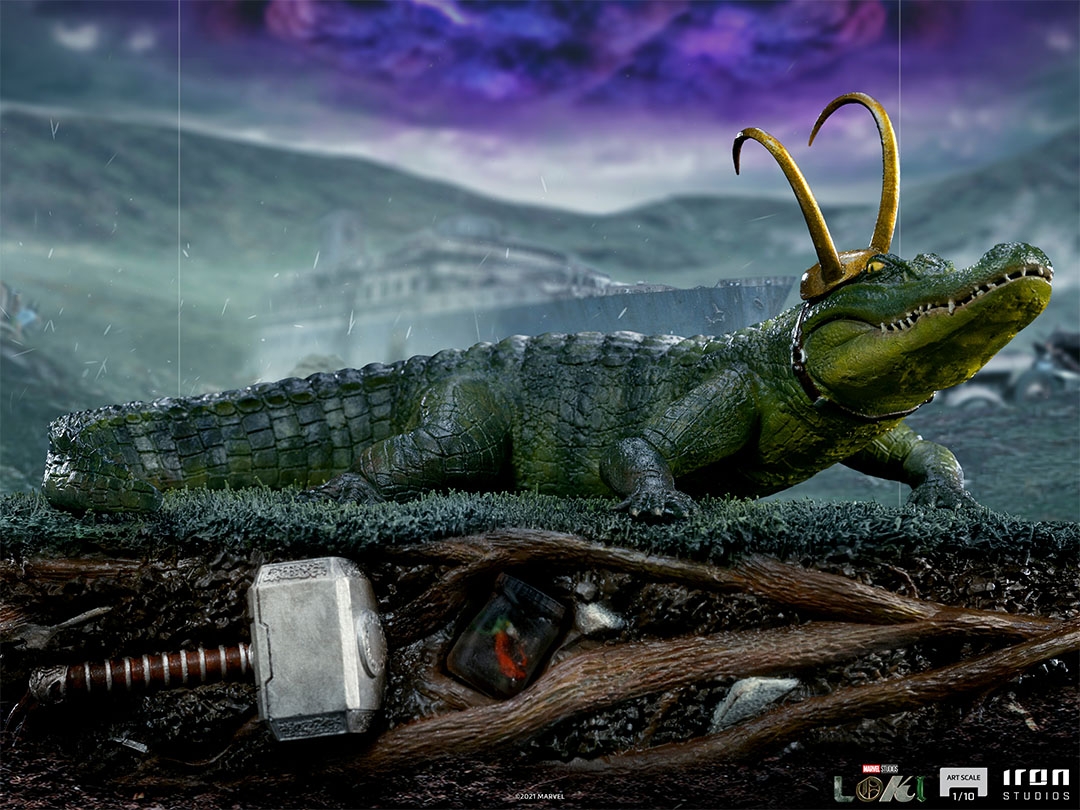 In an amalgamation of alternative realities located at the end of times called "The Void", where being protagonists of alternative realities, which have been extinct, are banished by the force of the "Time Variance Authority", a bureaucratic organization outside of space and time, which is tasked with preserving the "Sacred Timeline" of a multiverse and preventing the creation of branched timelines. Different alternative versions of Loki, the God of Cheating, survive as in purgatory without aging, as emptiness is the end of time. Among them, the most unique and unusual is undoubtedly the so-called Alligator Loki, who, in his timeline, was born and became a reptile of the crocodile family, but with intelligence and strength far superior to those of his species. Unfortunately, in his reality, he ate the wrong neighbor's cat, an event that caused a branch in the Sacred Timeline, leading his reality to destruction and his banishment to Void. Inside Loki Palace, in the Lokis' underground hideout in the Void, Alligator Loki rests in a kiddie pool. When variant President Loki, who is the variant army commander Loki in the Void, taunts him, Alligator Loki jumps up and bites him, thereby tearing off his right hand.

Already available for Pre-Order, Alligator Loki is the first Iron Studios statue derived from the acclaimed solo series of Thor's adoptive brother and part of the Marvel Cinematic Universe (MCU). With the second season in development, we will probably see Alligator Loki again. The item was unveiled at the annual Inside Iron Studios: Second Edition virtual event during CCXP Worlds 2021 at the Worlds to Collect arena. Check out this and much other news on Iron Studios' YouTube channel and social media.