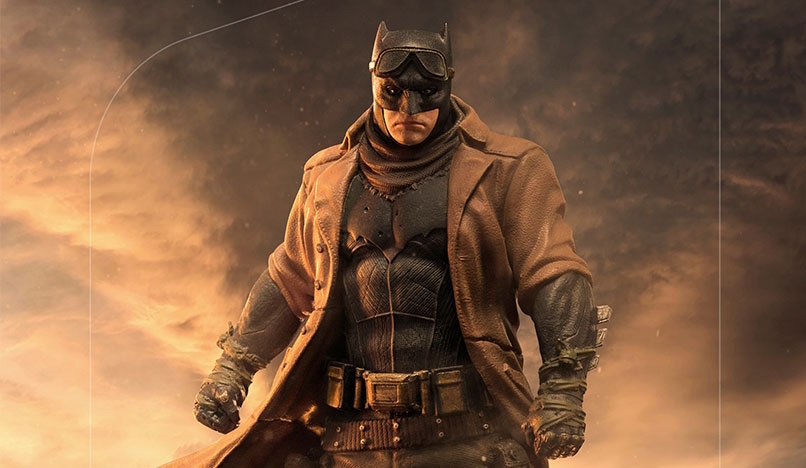 In a possible alternative future, the cruel conqueror Darkseid was responsible for the death of journalist Lois Lane, Superman's beloved wife, leaving the Man of Steel susceptible to the Anti-Life Equation, thus becoming an ally of the Apokolips forces and a tyrannical ruler of the planet. After being terraformed by the power of the Mother Boxes, Earth is ruled by a merciless and totalitarian Superman regime. Creating a rebel force called the Insurgency, Batman and his allies wage war against the overpowering and ruthless forces of the Man of Steel and his troops. With the help of Cyborg's calculations, Flash was able to use his Cosmic Treadmill to travel back in time and alert Bruce Wayne of Darkseid's dangers. This emphasized Batman's importance in finding his allies and founding the Justice League, repelling Darkseid's invading forces, led by Steppenwolf, something that could prevent this terrible future from happening.

In response to thousands of requests from fans and collectors, this is another Iron Studios statue derived from Snyder's Justice League version, which will also feature the already revealed "Superman Black Suit" and "Darkseid" Art Scale 1/10, and the versions styled "Superman Black" and "Batman Knightmare" MiniCo. With thirteen statues planned for this collection, there are still eight future ones to be revealed. Can you guess which other characters will be in this line-up? Lots of news coming soon on Iron Studios' social media and its YouTube channel.