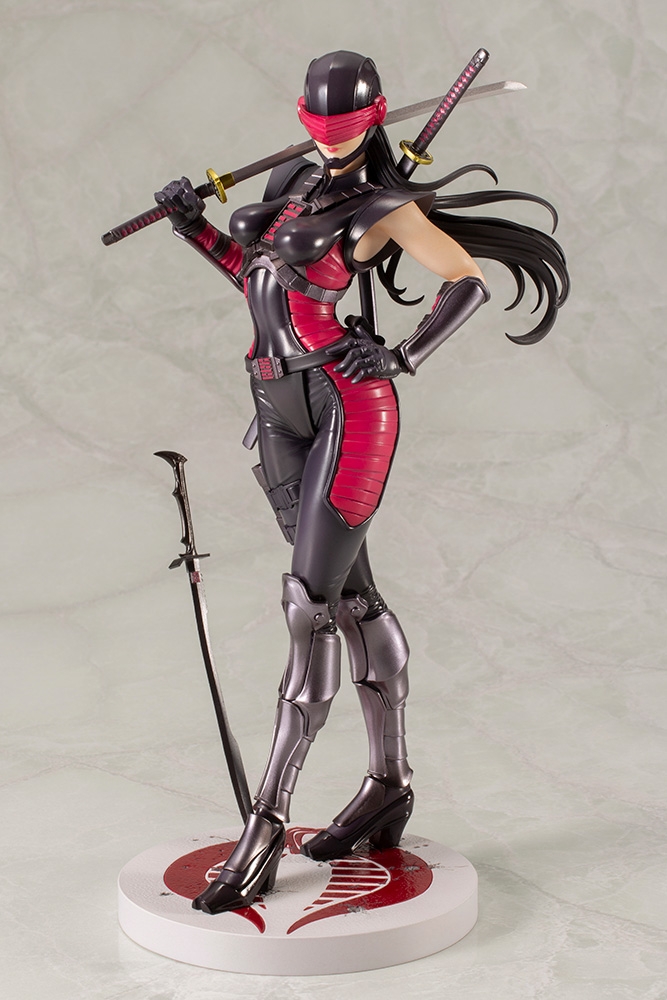 The worlds first series of action figures created by Hasbro, G.I. Joe follows a group of heroes in their fight against Cobra, an evil organization plotting to take over the world. In this line of 1/7 scale statues, the colorful characters of G.I. JOE are reborn as Kotobukiyas BISHOUJO!

The fourth character to join the series is Dawn Moreno, the G.I. JOE agent who calls herself Snake Eyes II from the secretive Arashikage Clan that carries out covert missions throughout the world.

As an agent who specializes in ninjutsu and espionage, Dawn has her katana! Will she triumph in her revenge over Cobra after breaking free from her brainwashing?