It's hard to bust ghosts without the proper equipment, so what's a Ghostbuster without his proton pack and neutrona wand? Well, while we wait for the HasLab proton pack, we can discuss your wand options. The obvious choice here is also the only one currently available, the Hasbro Plasma Series Neutrona Wand. Yes there is the Spirit Halloween one and the Matty Collectors wand, but currently you can only get those on eBay and both are much more expensive than the currently in production Hasbro wand. 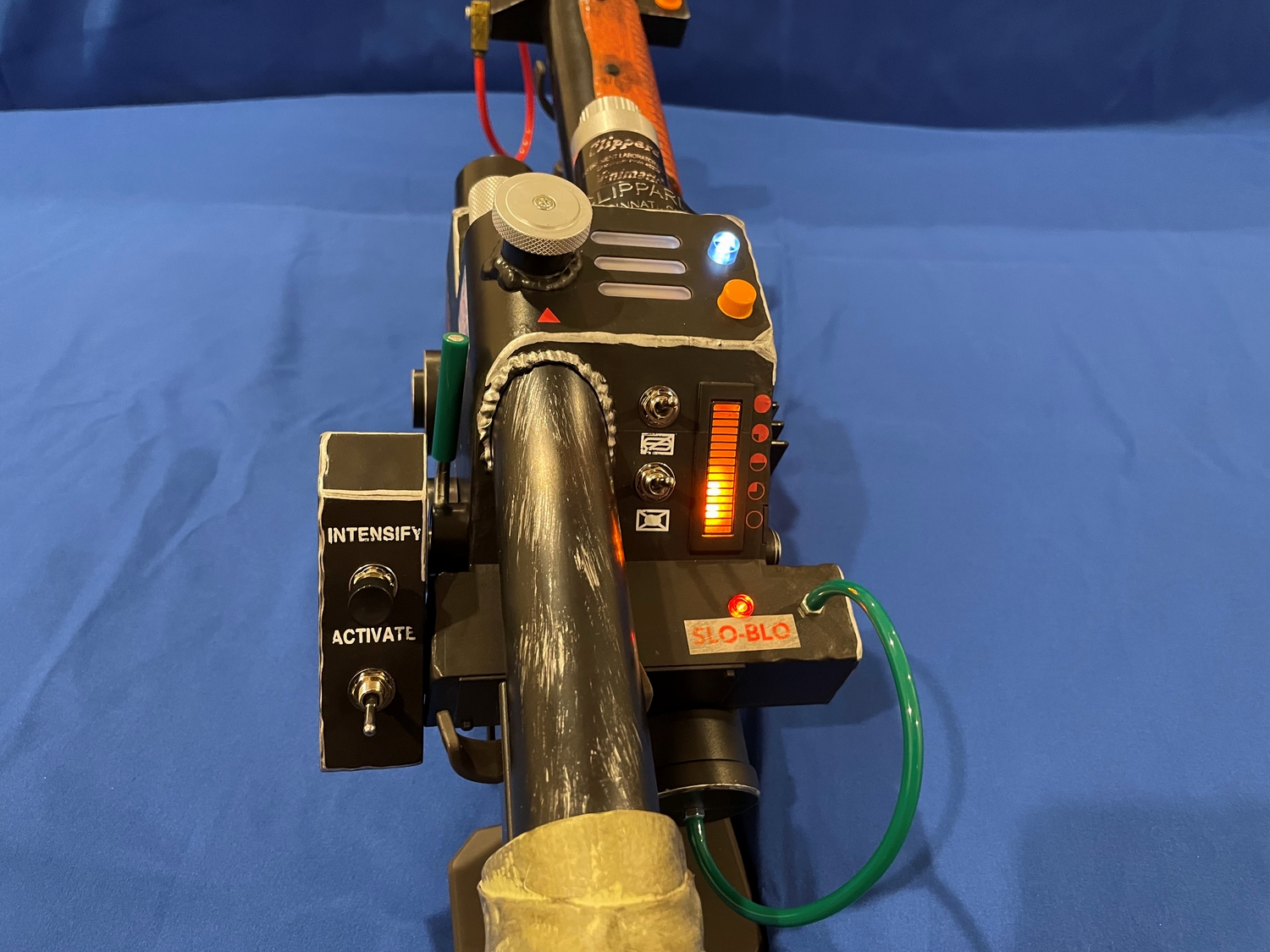 First shown off at Toy Fair in 2020, Hasbro told attendees at its press event that it is a replica based on an actual mold of the film used wand. It has many details on it that appear screen accurate down to the plastic welding, aged paint job, and real metal pieces. This piece has some weight to it and really feels like a collectors item. The sound effects are great and the process of using the switches and controlling the power level really connects you to the experience of being a Ghostbuster. There are additional modes on the wand that pertain more to its usage in the video game than the Afterlife film but it doesn't detract from using it as a cosplay item when paired with the pack. You can see some really nice touches in the photo gallery including the metal v-hook, metal Clippard part, metal switches, and metal power dial. It also comes with a nice stand so as to avoid placing weight on any of the more fragile components. 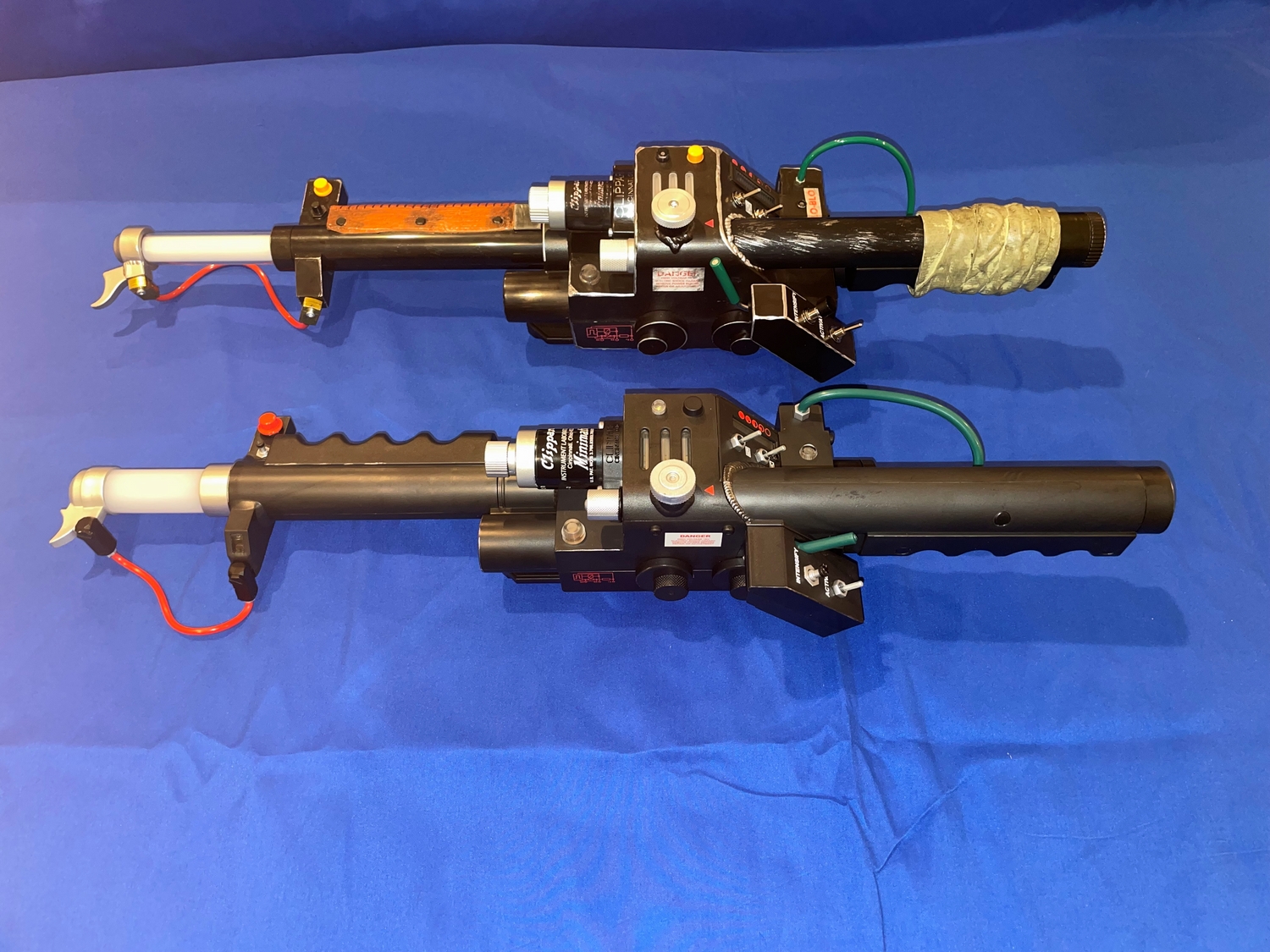 So there are some major differences between the Matty Collector Neutrina Wand and the Hasbro Plasma Series Neutrona Wand, besides the former being spelt incorrectly. First, the Matty wand is based on the 1984 film. So if you are looking to cosplay Ghostbusters 1, then you'd want this wand. It typically sells for around $400 on eBay, so you might be better off finding a prop maker that sells them. The wand looks newer, which makes sense since it is not aged like the Afterlife wand given the time period. There are some pros and cons compared to the Hasbro wand though. First, the wand piece pops out and retracts with the push of a button electronically, whereas the Hasbro wand piece pops out requiring the user to reset it by hand. Second, the Hasbro wand has far superior sound and many more metallic pieces. Lastly, the Hasbro wand is longer and a little leaner, which looks far more screen accurate. Between the two the Hasbro wand is much more screen accurate and better for cosplay, however it is limited to the Afterlife look. Let's hope the success of this line means Hasbro will produce more classic wands in the future. 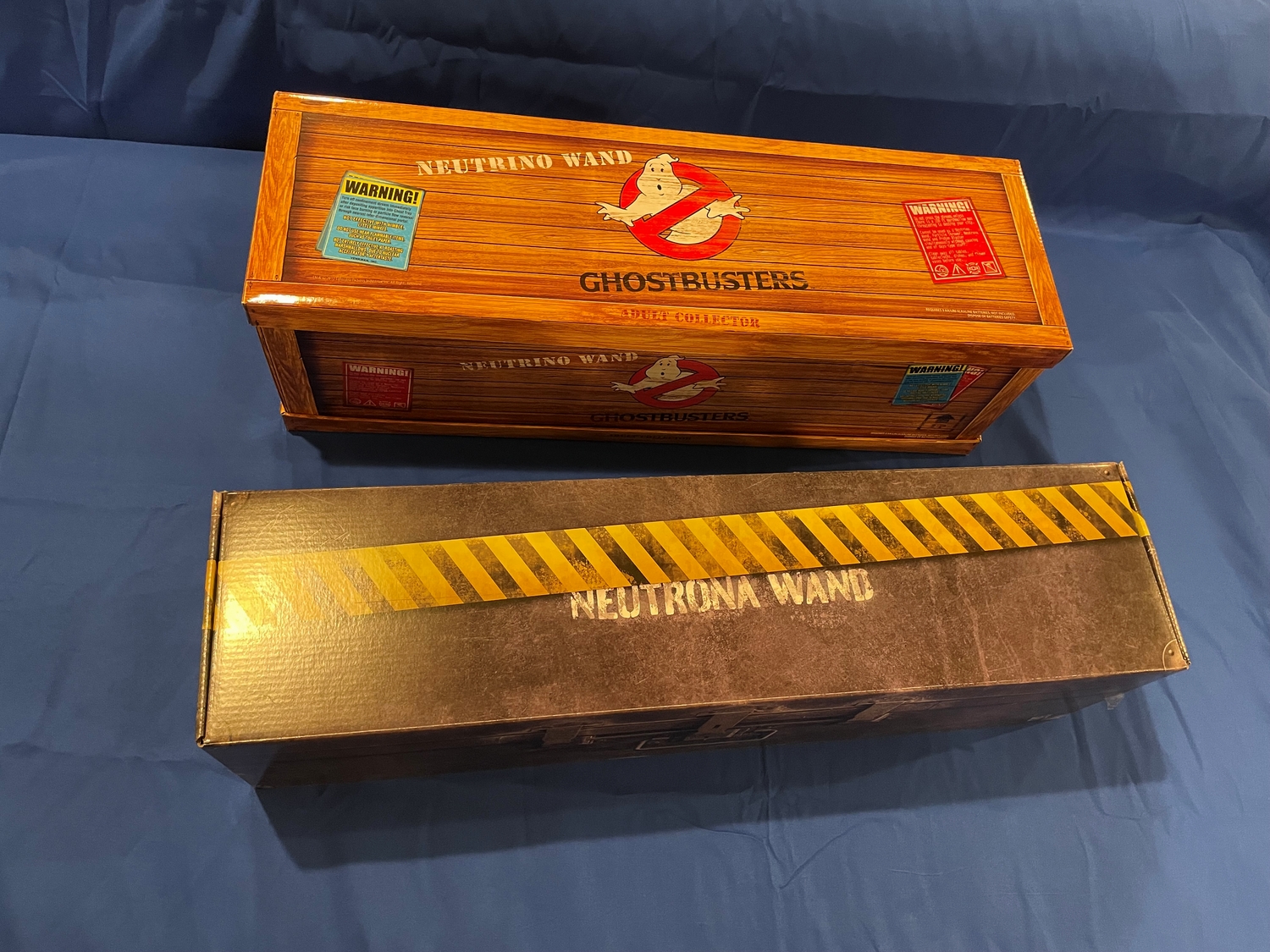 When looking at the packaging, these both vary greatly as well. The Hasbro box portrays a wand that was found in a crate, which matches up with the Afterlife story. The Matty wand is in a shipping crate and the instructions and markings make it seem as if you purchased it from the Ghostbusters themselves as part of a side business they are running. It's a lot more fun and creates an experience in itself. 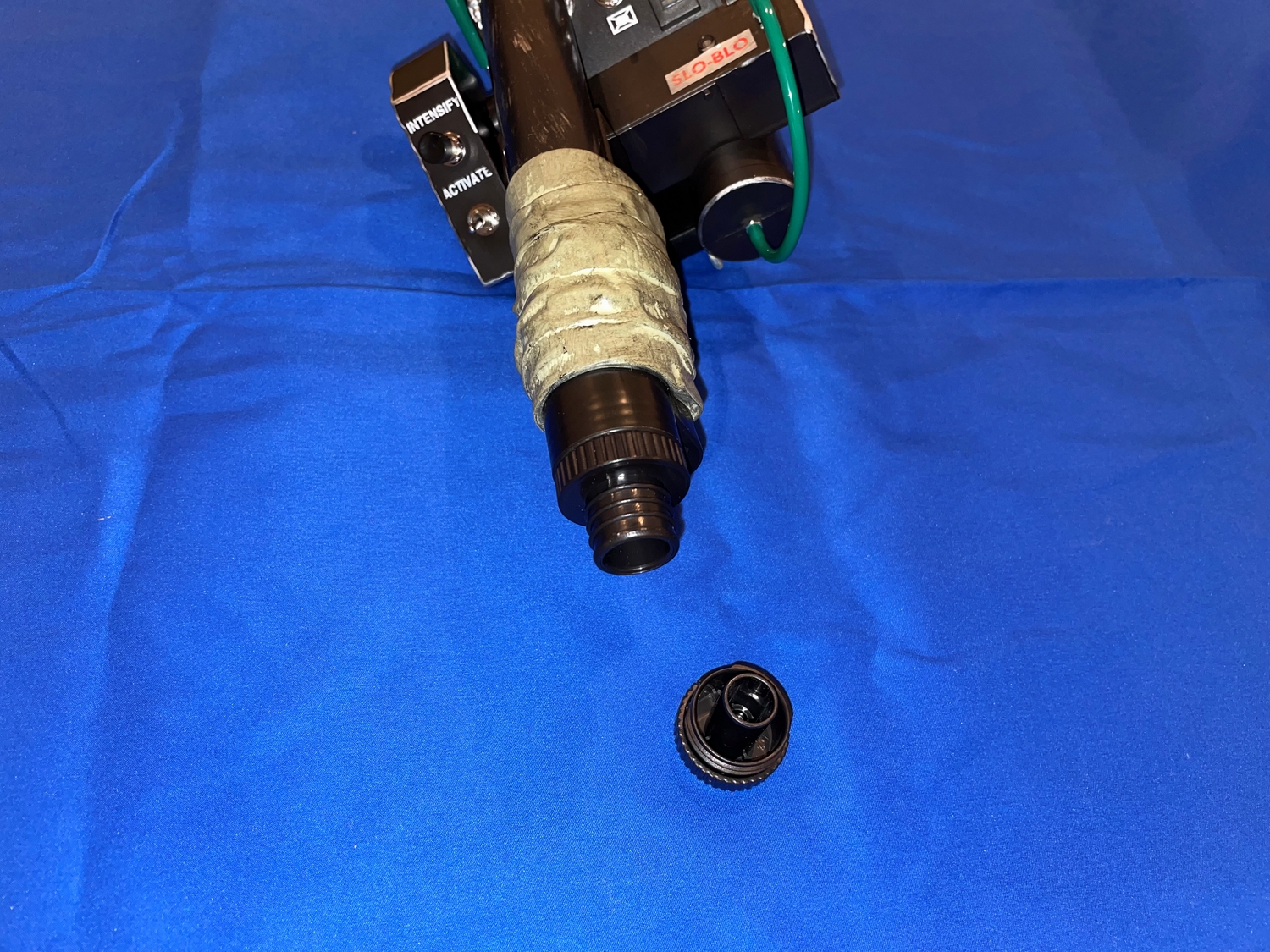 It's worth mentioning that both the Matty and Hasbro wands have some unique features. The Matty wand has a cross-the-streams function, where when two Matty wands touch, the stream turns white. We have to admit that is pretty cool. The Hasbro wand comes with a hose connector so you can attach it to a proton pack, either Hasbro's or a custom one. This is much appreciated as what is a wand without the pack? To do this with the Matty wand, you will have to find an aftermarket connector, which you can on eBay for around $12. 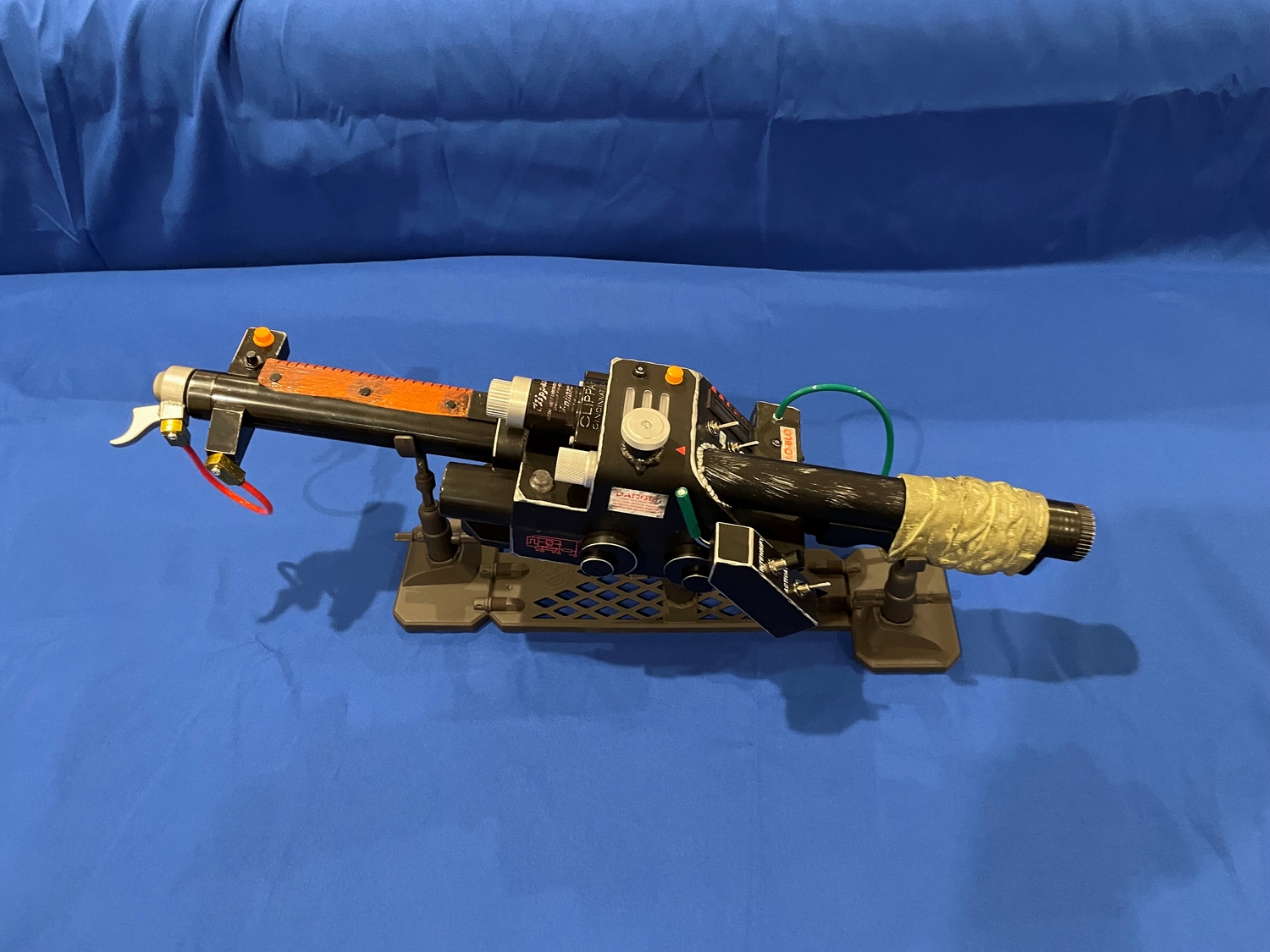 When gearing up, you cannot leave out your neutrona wand, and the Plasma Series is the best one available at retail currently. It is a little hard to get your hands on though as it keeps selling out and is backordered on many sites until next spring, around the release of the proton pack. Also it is a little disappointing that Hasbro changed the design of the second running to incorporate an orange tip, as the wand is now in the realm of a cosplay item and not a collector's item, so to avoid issues with the wand at future conventions. All that aside, it is quite an amazing piece of hardware and makes bustin' feel so good! Order one now, or pick it up any time you see it in stock as it is only going to get harder to find as we get closer to the spring. We hope this review really framed out your options in wands and we look forward to bringing you more Ghostbuster's equipment components next week.