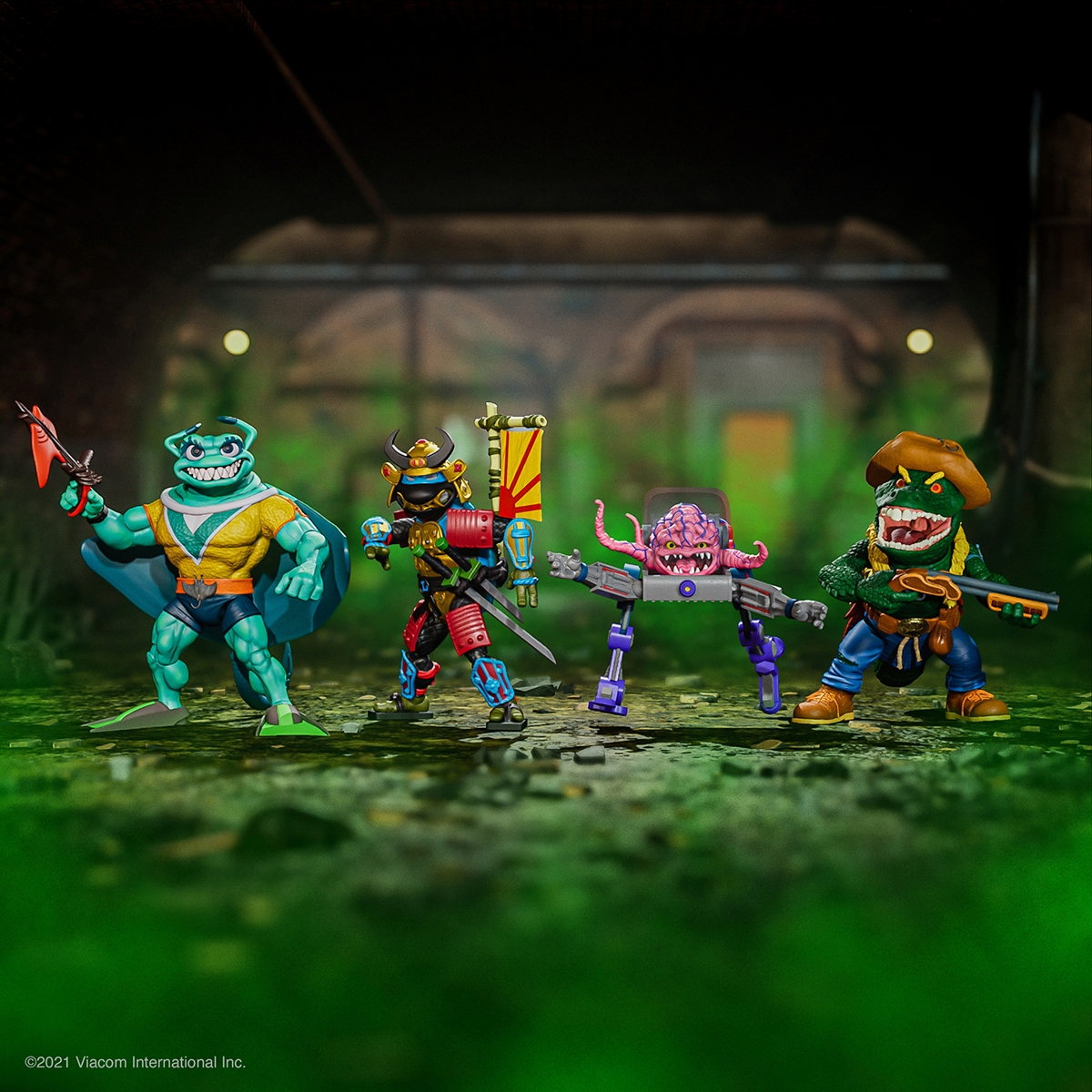 Its not all fun and games being a Teenage Mutant Ninja Turtle, and with his relentless studying and training, Leonardo leads by example as he and his brothers take on crime in the big city! This made-to-order 7 fully articulated Leo the Sewer Samurai ULTIMATES! Figure comes with alternate heads and hands and a variety of accessories, including his Wacky War Banner, Samurai shield & sheath, a slice of pizza, and a weapon rack with his shuriken, kunai, samurai claws, and katanas. Leonardo takes crime-fighting seriously, and any serious collector wont hesitate to add the Samurai Battle Commander to their Teenage Mutant Ninja Turtles ULTIMATES! lineup.

Suck saltwater, dude! A marine biologist turned mutant manta ray, Ray Fillet is always someone the Teenage Mutant Ninja Turtles can turn to when theyre literally in over their head. This made-to-order 7 fully articulated Ray Fillet ULTIMATES! figure comes with alternate heads and hands and a weapon rack including an anchor, Scarfish, and his Ray Gill Gun. Ray Fillet is also accompanied by his sidekick Fish Stix! With global sea levels rising, it would be prudent to order the Fist-Fighting Fish to fill that aquatic hero void in your TMNT ULTIMATES! collection.

When they were handing out Southern charm and hospitality, Leatherhead must have been out in the swamp, because this gator wants nothing more than getting revenge on the Ninja Turtles! This made-to-order 7 fully articulated Leatherhead ULTIMATES! figure comes with alternate hands, his Jumbo Gumbo Belt, and a weapon rack with his fly fishing rod, Turtle Trap, and Swamp Gun. We guarantee you want to snap up the Swamp-stompin, Ragin Cajun Gator for your TMNT ULTIMATES! collection!

Straight out of Dimension X, its evil warlord Krang! While he may look relatively harmless in his bubble walker, his plans include nothing less than world conquest! This made-to-order 7 fully articulated Krang ULTIMATES! figure comes with two interchangeable heads that can sit in his mobile life-support system, along with a variety of accessories, including alternate tentacles, mechanized arms, multiple fists, and his Brain-Drain Gun. The Teenage Mutant Ninja Turtles face a lot of evil plots and Krang is the brains behind a lot of them, LITERALLY! Adding the Bodiless Burbling Brain to your TMNT ULTIMATES! collection is [wait for it]... a no-brainer!