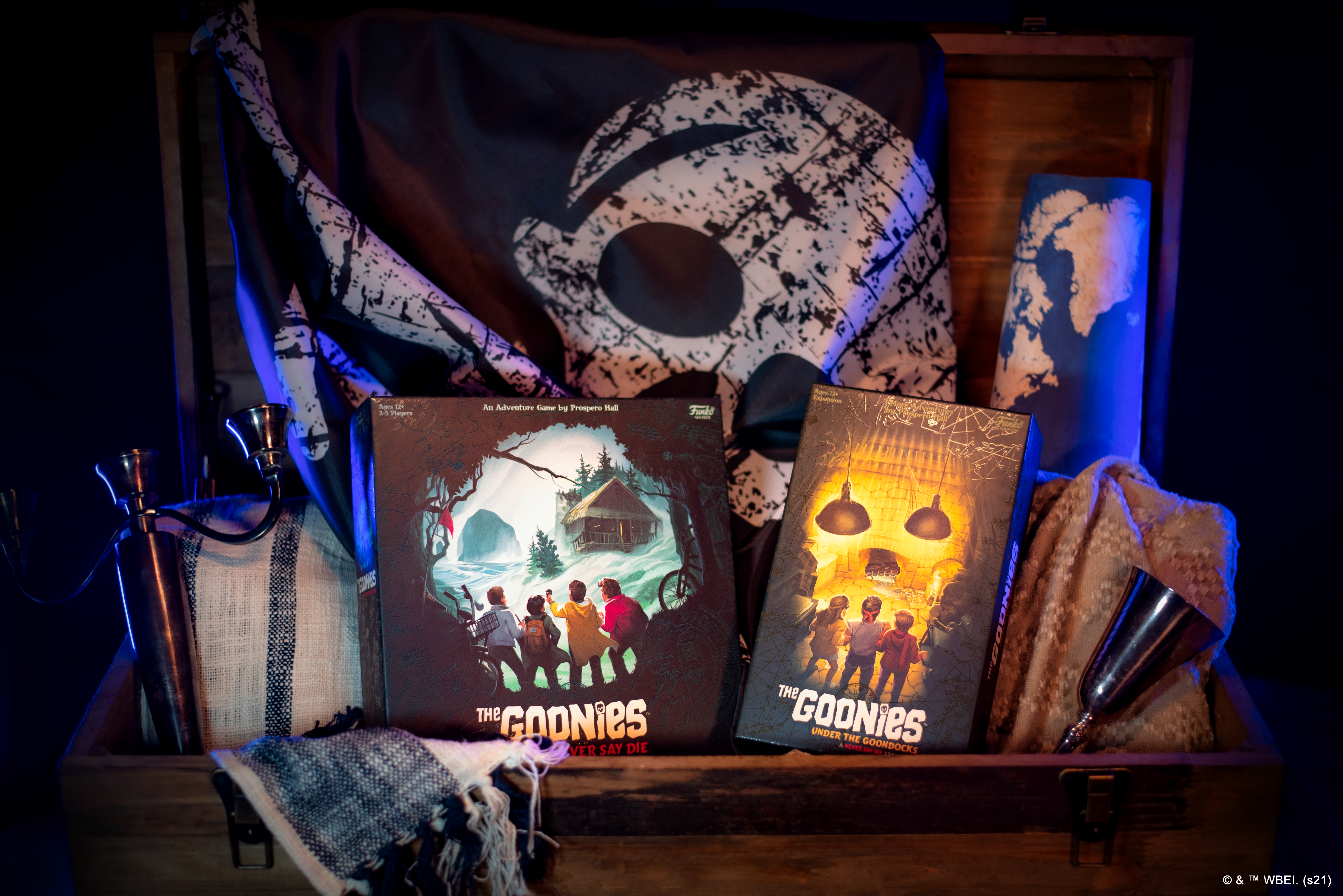 Funko Games: The Goonies Under the Goondocks Expansion Review

Wow! Were we excited to jump back into this game! Featuring three new chapters, three new playable characters, additional item, treasure, and support cards, and much more. This game continues the adventure and leaves it open for even more. Some minor spoilers below, we tried not to give away much more of the plot than the box conveys. If you want to avoid major spoilers then do not view the full gallery above. 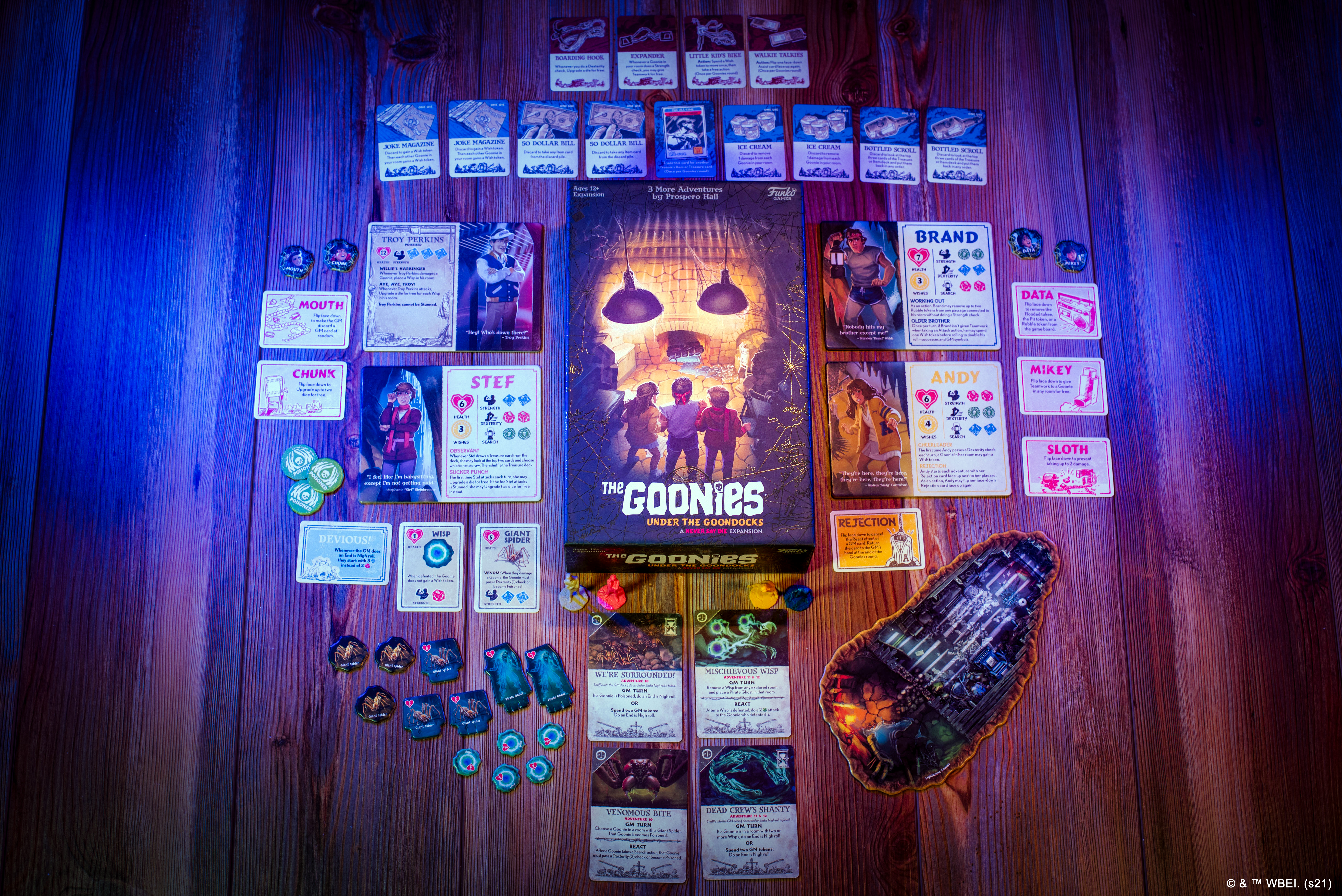 Gameplay
The game mechanics remain the same. You will need the base game for the dice, game board, and other the other components. Additional GM cards are added specific to the new chapters along with a new Peril card for more challenging gameplay. New items are treasures were added, bringing some more of the film elements into play such as the counterfeit money, baseball card, and the kids' bike which allow for additional movement without costing an action. Funko Games and Prospero really excel at finding those elements of the films that help world build in the board game and they certainly have done it again here. They even added Mikey's inhaler as his passive support card! 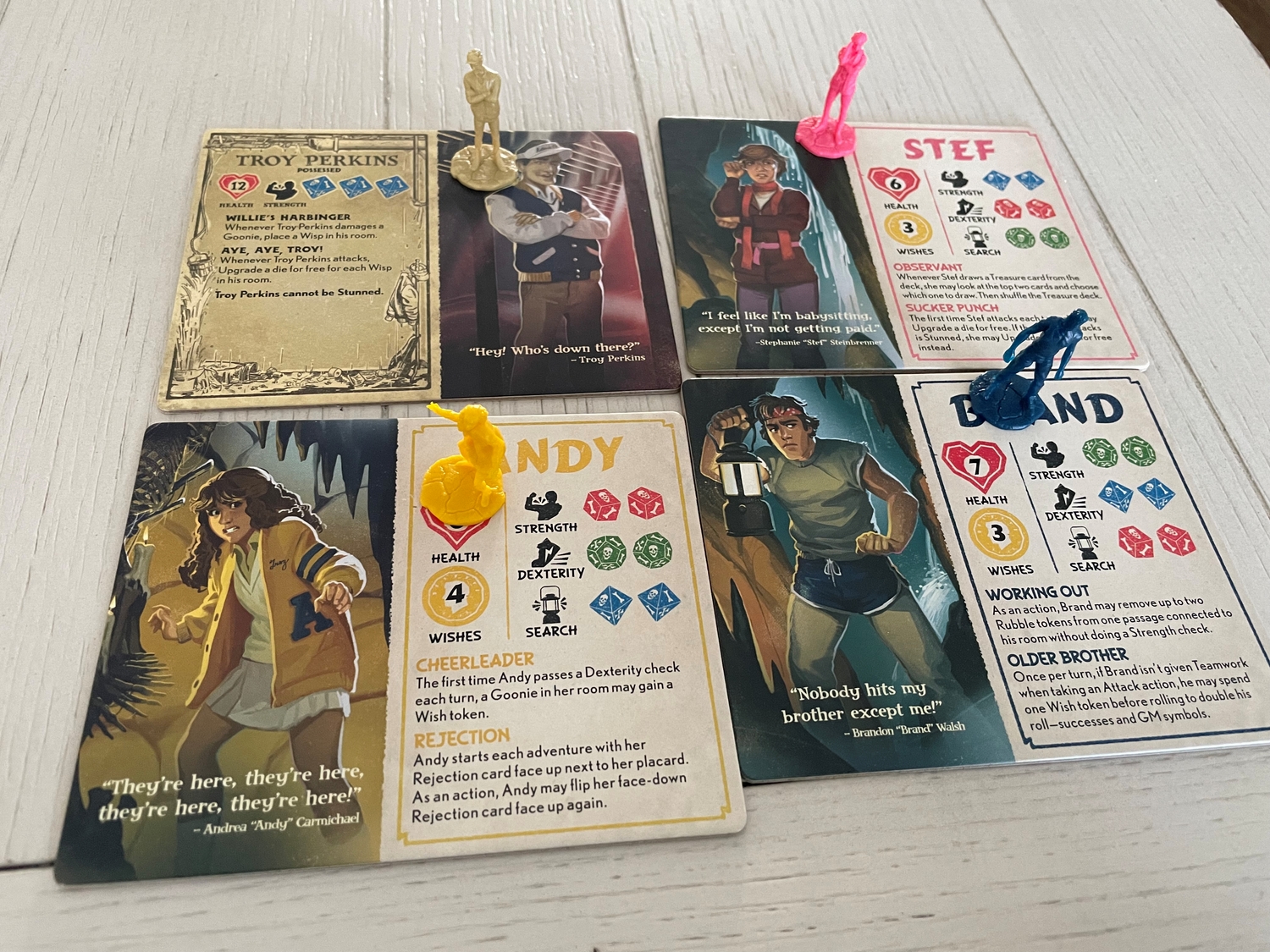 New Characters
Our biggest criticism of the base game was that it was missing some of the core characters, the older Goonies such as Brand, Stef, and Andy. Well, it was Funko Games's plan to add them all along, just in the expansion. These characters make their appearance each with their own special abilities and strengths. In addition, this expansion adds four other support cards, Mikey, Mouth, Data, Sloth, and Chunk to take the place of the teenager support cards. Now you can mix and match, as long as those characters are not being actively used, and choose who is passively assisting in that game. Everything is backwards compatible meaning the teenagers can be part of your original adventures. 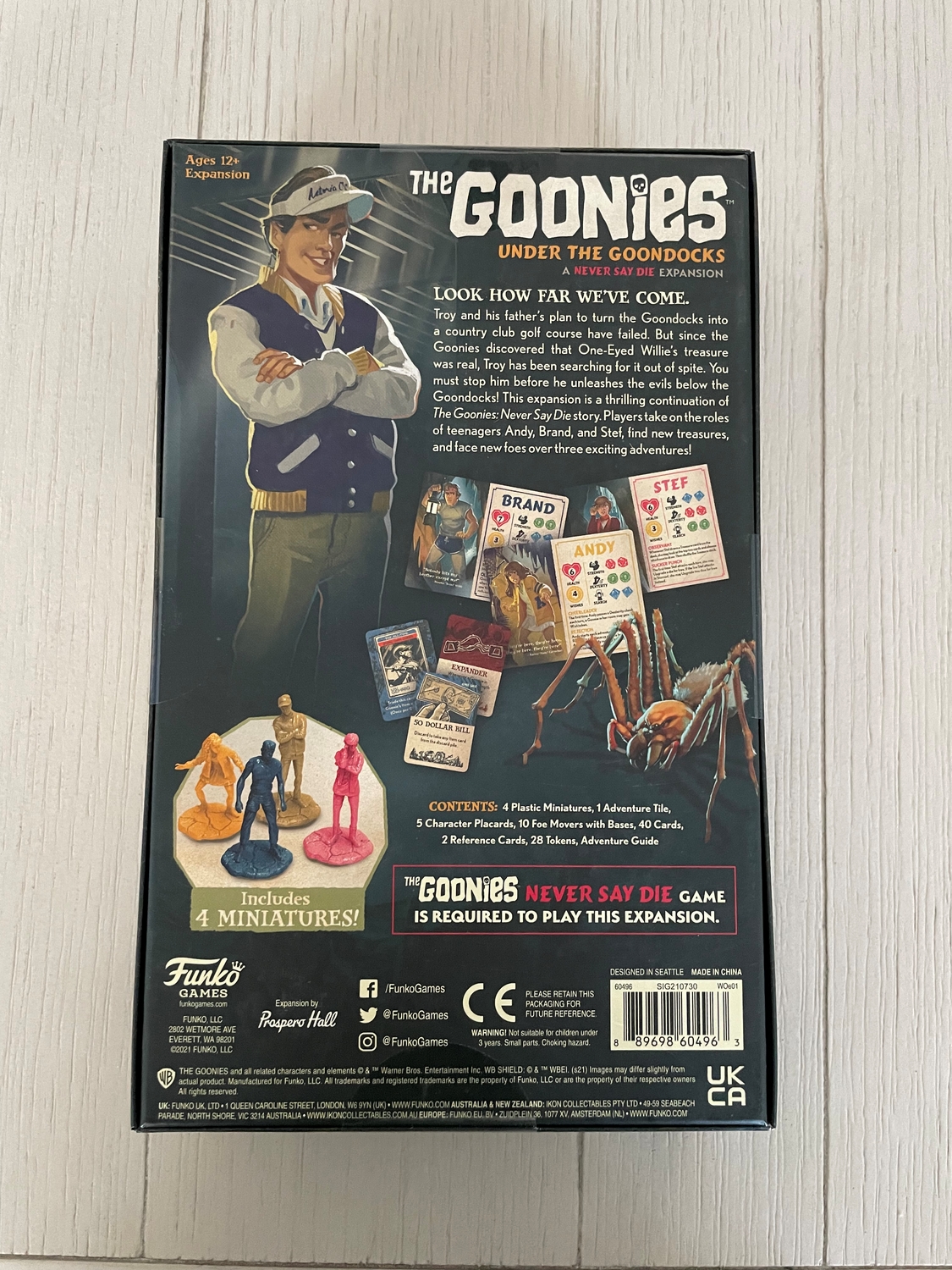 New Boss Enemy
In addition to the figures there is a new enemy boss, the annoying Troy. Entitled and determined as ever, Troy seeks to regain his footing at the top of the social food chain by claiming Willie's treasure for himself. During your quest you'll fight multiple version of Troy. We don't want to give any spoilers but there is quite an interesting final boss battle. 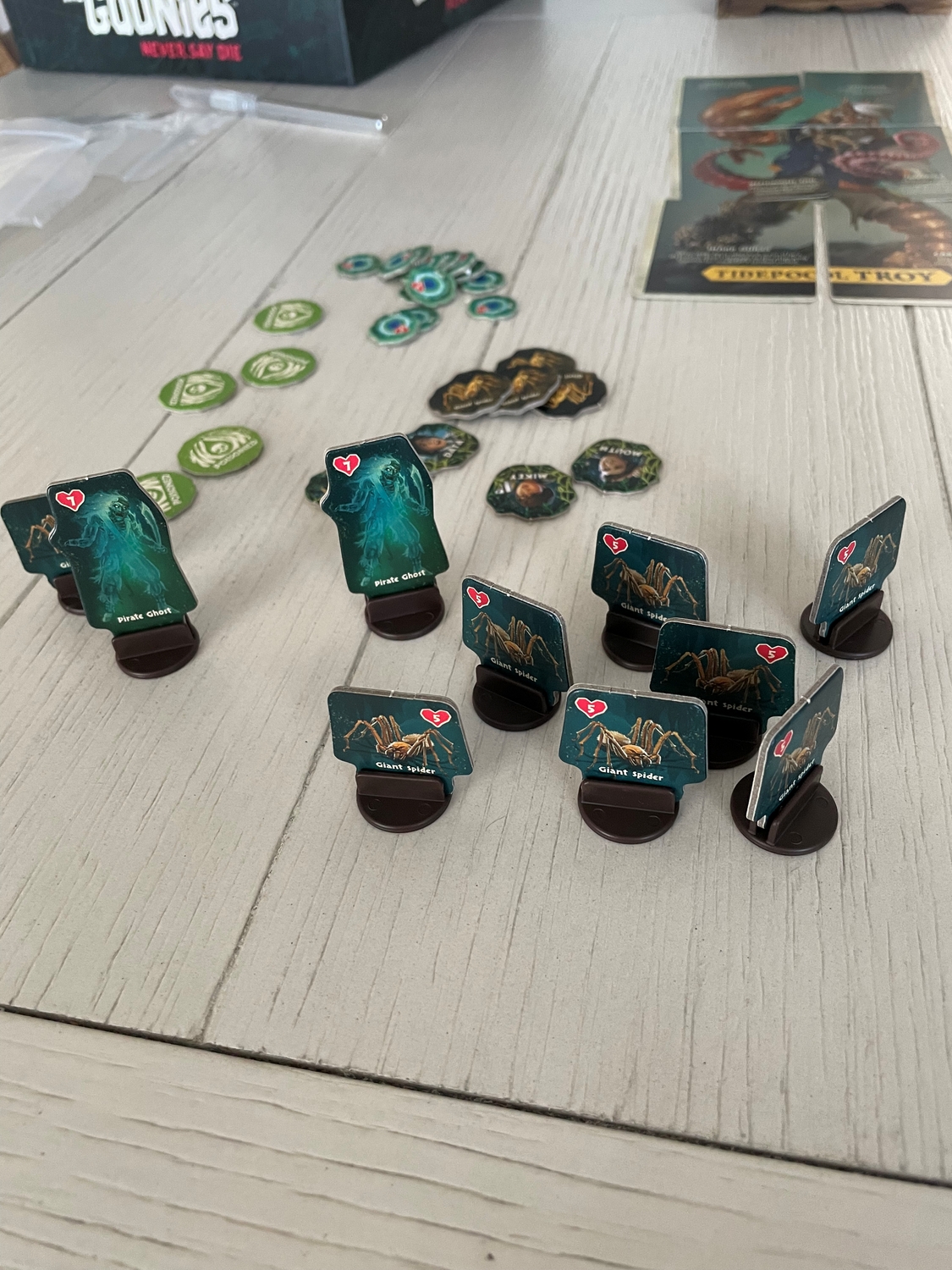 New Enemies and Dangers
In addition to Troy, there are some new enemies. The spiders make an appearance in the first new chapter and not only are they loaded with hit points, they have the ability to poison players costing them both health and wishes to address it. The new wisps, don't have a lot of hit points but can swarm and enhance other characters attacks and can be turned into the devastating Pirate Ghosts who deal a lot of damage. 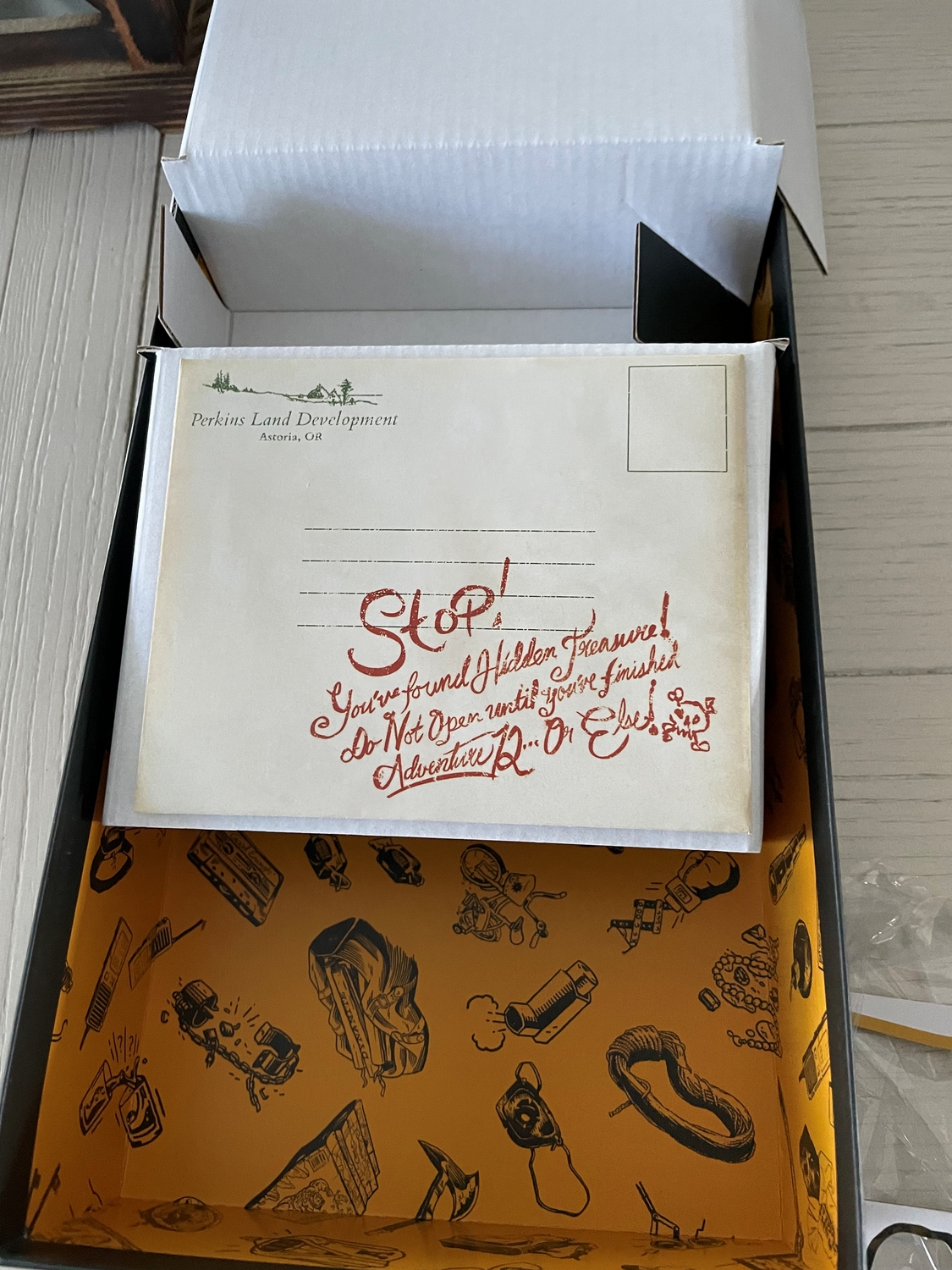 More Secrets
All together the game is a welcome and valued addition to the base set, and while we don't want to spoil the surprise we will say there is some additional rich stuff for you to discover upon completion of the final game. Trust us it is worth not skipping ahead to spoil and it is definitely a fun little bonus surprise that will add more replay to this and previous games. This game will be available in early 2022 but you can likely preorder yours soon.