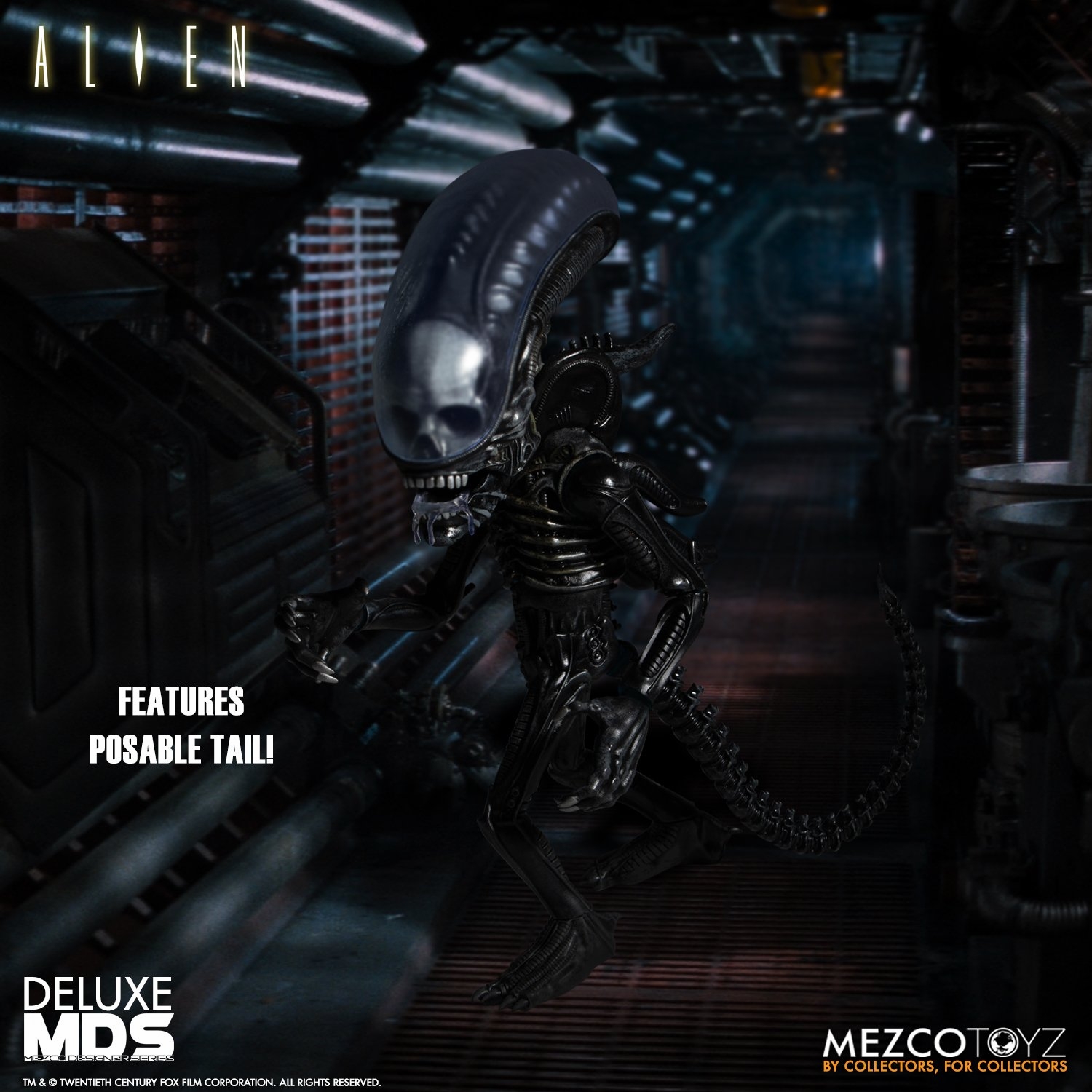 The hostile Xenomorph features a hinged outer jaw with a pop-out pharyngeal jaw inside and removable drool FX, interchangeable hands and legs, and a posable tail.

Dont get too close! The included Ovomorph egg contains a posable Facehugger as well as an interchangeable top so the Ovomorph egg can take on both open and closed forms. If you couldnt escape the Facehugger, youre not gonna like what happens next

The infant form of the Xenomorph, the Chestburster, is also included and has a posable tail.

The crew aboard the Nostromo are awakened from their cryo-sleep to investigate a distress call from an alien vessel. After the crew encounters a nest of eggs inside the alien ship, terror begins as they realize they are not alone.

*This product is intended for collectors ages 15 and up and is not suitable for children. The product may contain small parts that can be a choking hazard as well as sharp points that can cause injury. The item is not designed for rough play and is considered a display item for collectors.

MDS Deluxe Alien is available for preorder at https://mezcotoyz.com/mds-deluxe-alien.