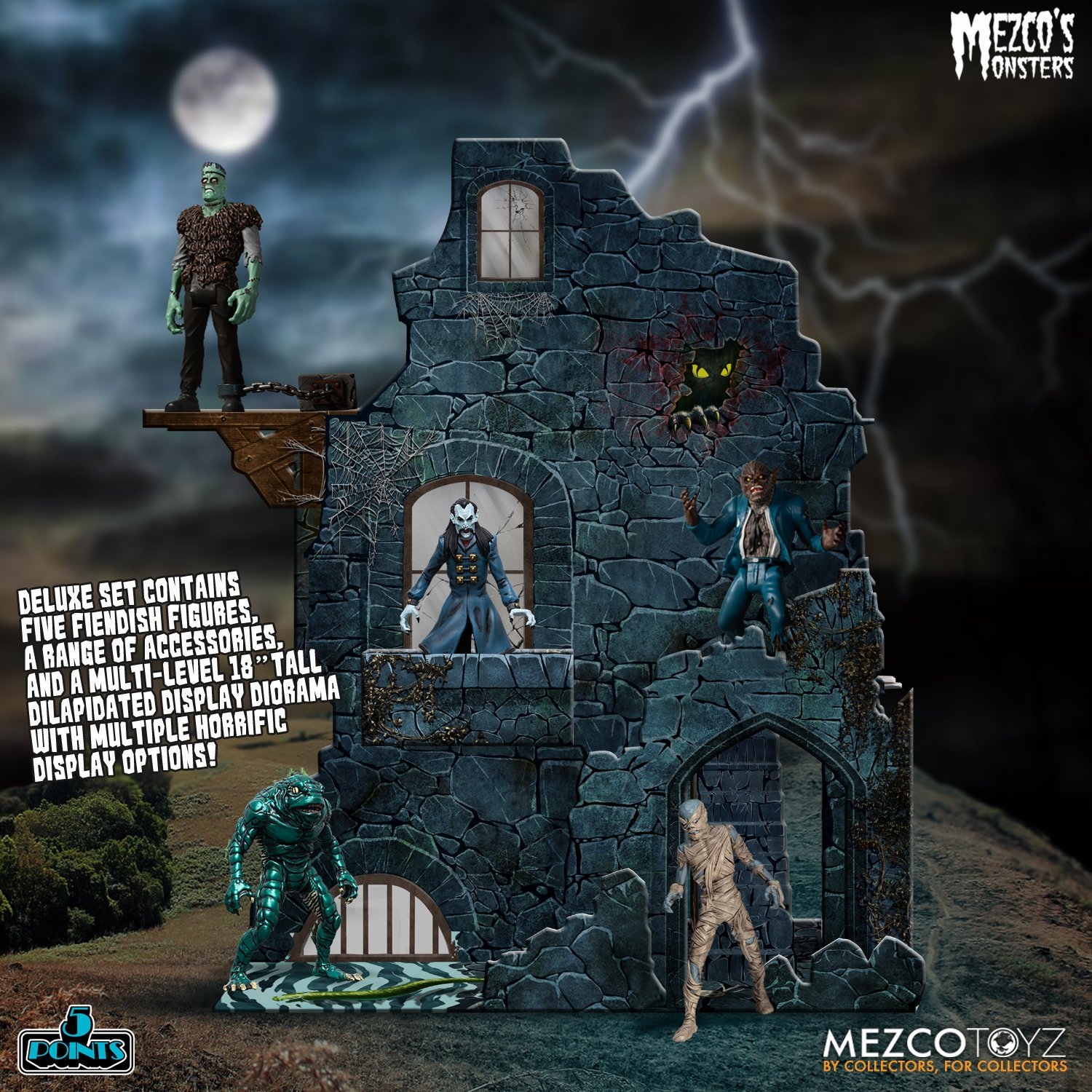 Standing at a monstrous 18 once assembled, the retro play set diorama creates a decaying Carpathian castle with three floors  a dungeon, a main hall, and Frankensteins Lab! Each floor has interactive components for each Monster including a coffin that Dracula can fit inside, a sarcophagus that Mummy can fit inside, lab equipment that Frankensteins Monster can connect to, multiple landings for each figure to stand on, and much more!

Dracula  He feasts on the blood of the living! Undead, centuries-old, and a Vampire Lord, Dracula transforms into a giant vampire bat with his included Bat-transformation accessory.
Frankensteins Monster  Warn the villagers! Assembled from parts of the dead and brought to life through science, Frankensteins Monster terrorizes the town. Frankensteins Monster features a removable skullcap that exposes his abnormal brain and a stone block with a shackled chain that attaches to his leg.
Mummy  Heed the Mummys Curse! Awoken from his eternal rest by those who disturbed his chamber and ignored warning, the Mummy now seeks revenge. The Mummy comes complete with artifacts from his burial chambers and a cursed scroll.
Sea Creature  The prehistoric fish-man of legend. Quite possibly the last of his kind, this scaly-skinned amphibious humanoid dwells alone in the murky waters of the deep. The Sea Creature comes with a Sea Creature fossilized head and two different seaweed accessories that attach to his body.
Werewolf  Beware the full moon! When the moon is full and high, those who are marked will turn into a wolf and hunt their prey. The Werewolf comes with the bloody bones of his fallen victims.

5 Points Mezcos Monsters Tower of Fear Boxed Set is packaged in a collector-friendly box, designed with collectors in mind.