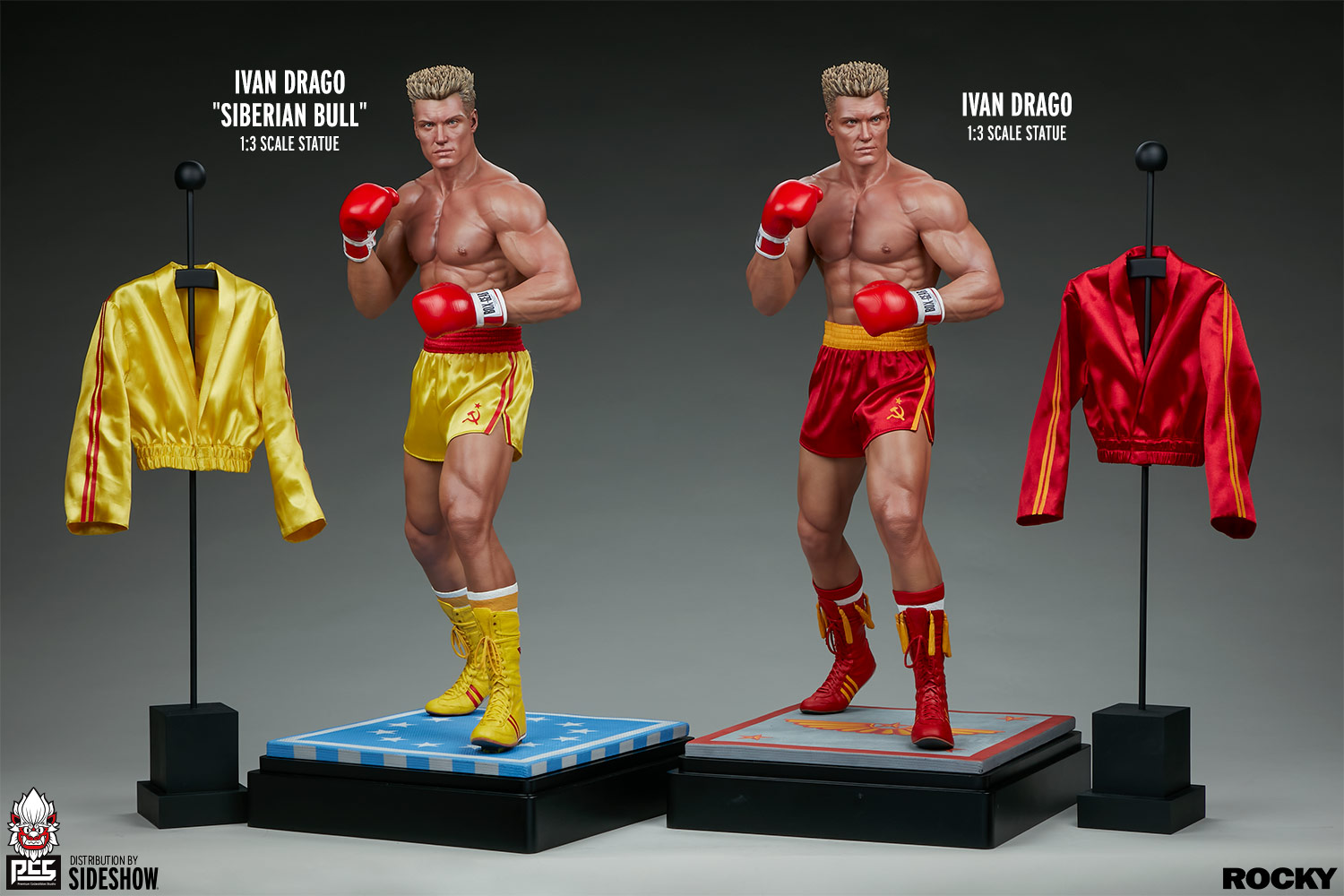 Stepping into the ring, the Ivan Drago 1:3 Scale Statue measures an intimidating 28 tall and 13 wide. He stands on a gray, yellow, and red square base that's subtly detailed to replicate the look of the boxing ring.

The Ivan Drago 1:3 Scale Statue itself features a custom tailored outfit that can be displayed in several different configurations.

His red and gold shorts (with a hammer and sickle motif) are also accompanied by a removable matching fabric jacket that can be worn on the figure itself or displayed on a separate display stand. The Ivan Drago Statue also features sculpted red and gold boots, red and white socks, and red gloves to complete his look from the film's climactic showdown.

Stepping into the ring, PCS' second statue captures the likeness of the Soviet boxing champion as he calmly squares up for his lethal match against the charismatic Apollo Creed.

The awe-inspiring Ivan Drago: Siberian Bull 1:3 Scale Statue measures an intimidating 28 tall and 13 wide. The uncannily lifelike sculpture is inspired by Dolph Lundgren's unshakable performance as Ivan Drago in Rocky IV, and stands on a blue and white base detailed with stars to capture the look of the boxing ring environment from the movie.