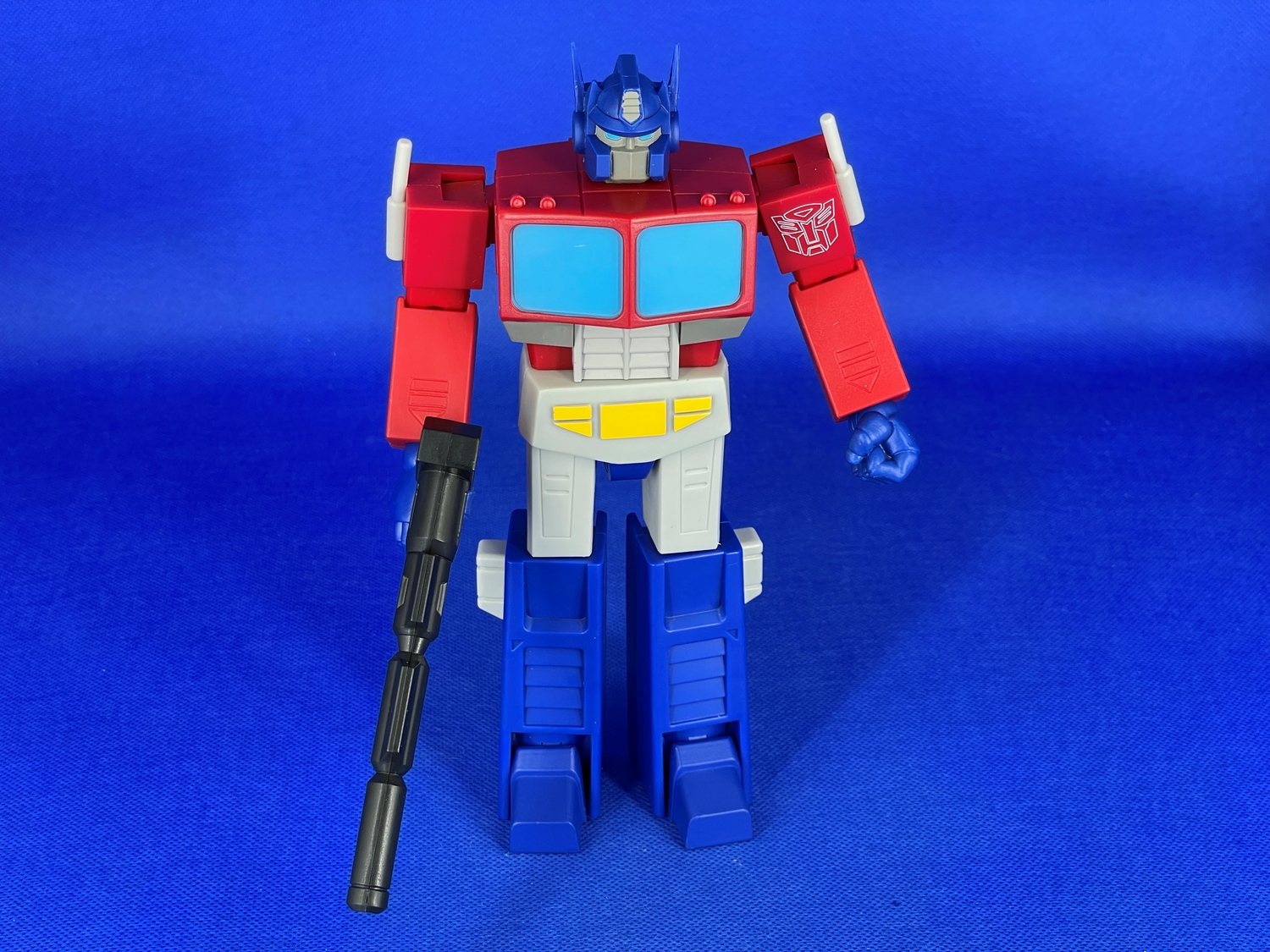 This is our first experience with the ultra detailed and larger than life Ultimates! figures by Super7. Super7 may be the only rival to Funko when it comes to adaptation of pop culture and the sheer volume of figures to match. Unlike the ReAction series, Ultimates! are generally the versions of figures we wish we had as kids. Coming in a little larger than the six-inch standard, these guys tower over the competition. 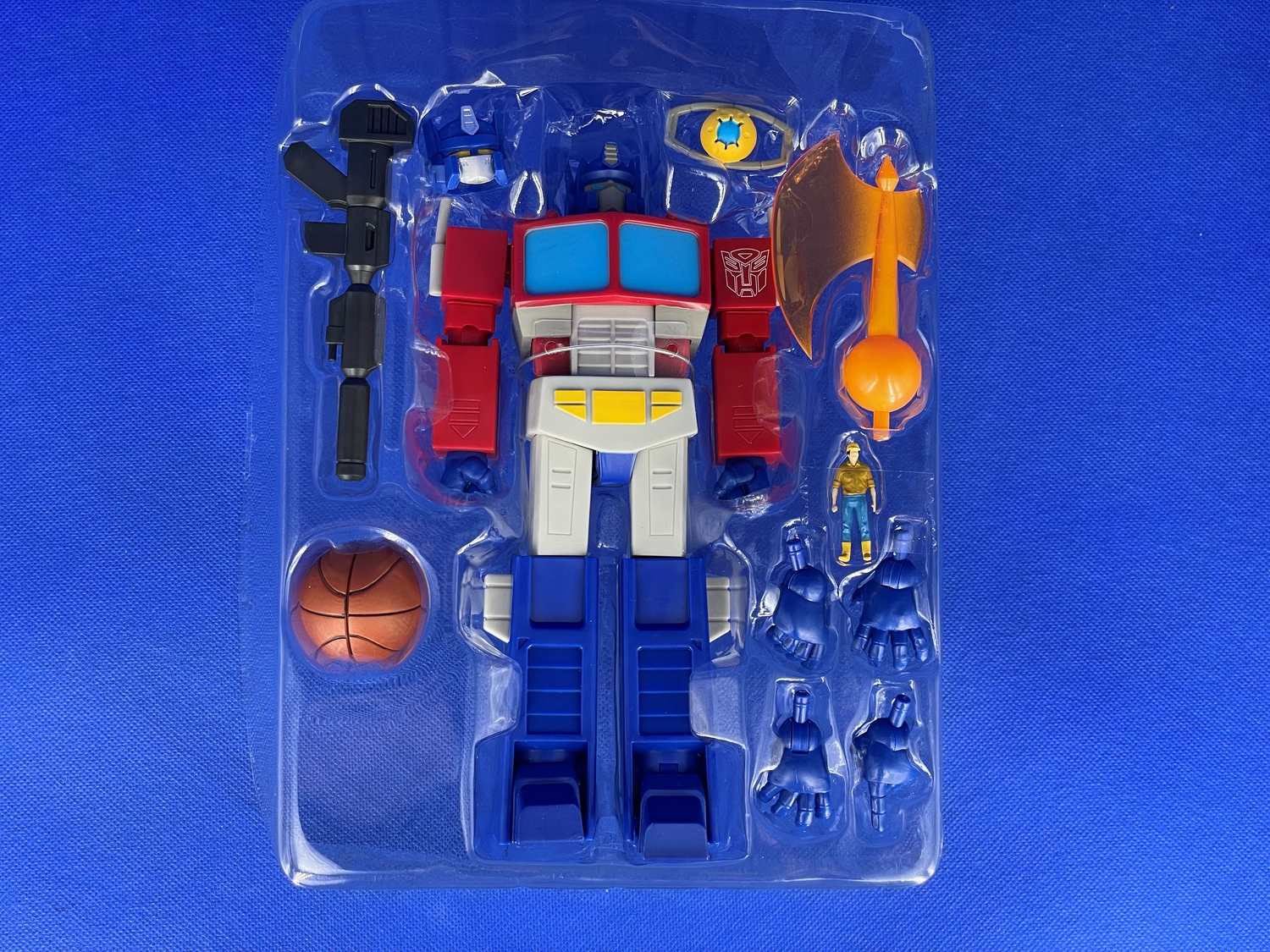 Made out in deco from the G1 cartoon, this is a non transforming figure. If we had to draw comparisons it would be to the Hasbro R.E.D. series. This model is much bigger, more screen accurate, and loaded with more accessories than just hands and a power axe. Optimus includes a toy version head, alternate hands, a power axe, his blaster, a basket ball, a surf board, a jet pack, Spike figure, matrix of leadership, and energy binders. 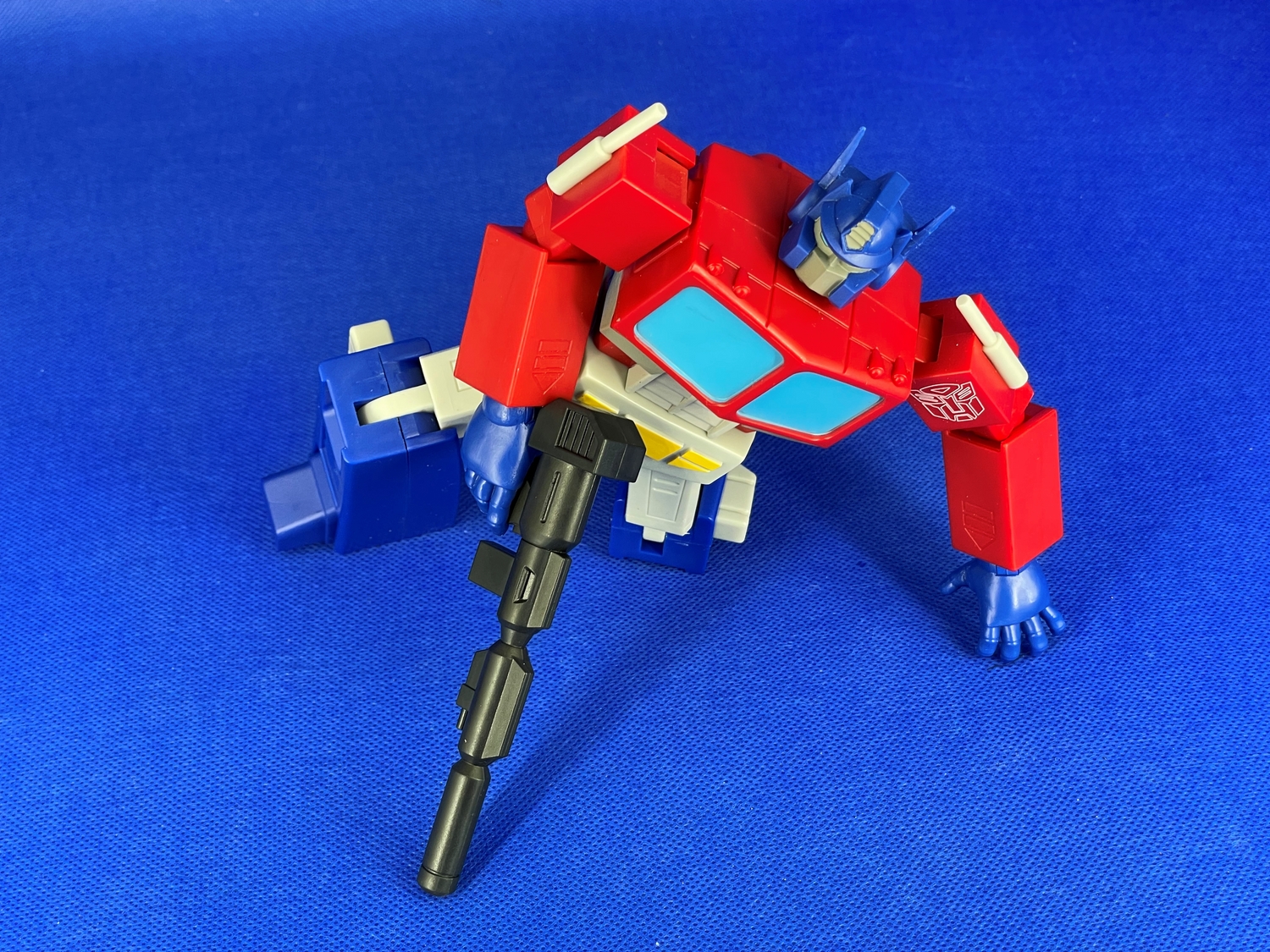 This guy has some range but is really limited by his hips. The legs bend at the knee but his stance does not get very wide and his feet have limited articulation. His arms also feel kind of boxy and cannot articulate very far. I guess he basically feels like a robot. Don't know if this was intentional to mimic movement in the cartoon or if is just how he is designed. The hip is a little flexible but not intended to be moved through. Optimus includes a pegged hand to hold the basket, which is a nice touch cause otherwise it would just roll out. We were able to pose him with other accessories in his hands, so he holds things better than most other figures we have seen. 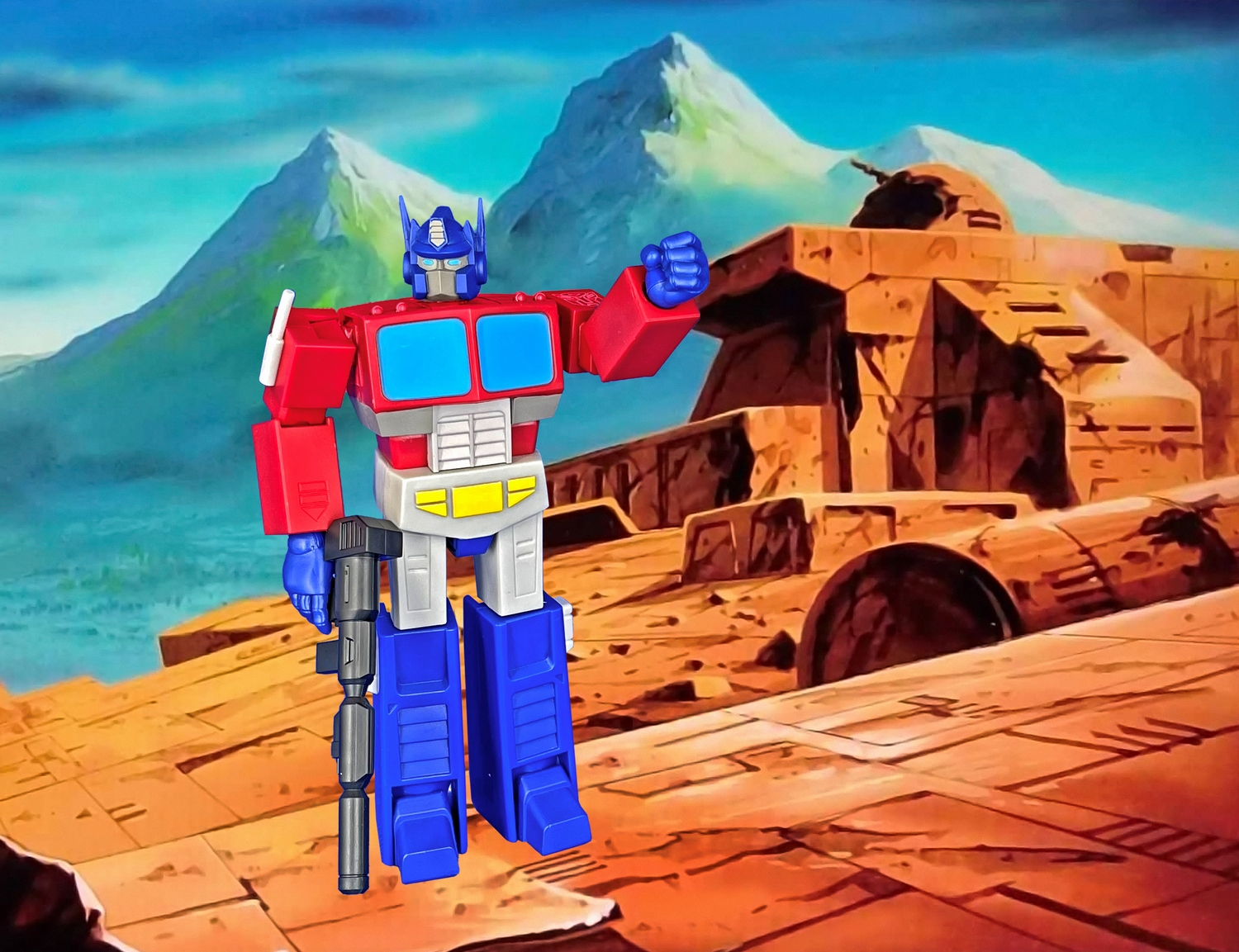 The design and coloring are spot on for his G1 appearance. It's like he hoped right out of the cartoon. Bright and detailed, this has to be the best version of Optimus from the cartoon we have seen so far. His colors are much more accurate than the smaller R.E.D. version, however the Hasbro version has more articulation. We were quite pleased with this acquisition, even the box is oozing of nostalgia given a retro feel to the figure. The guy has tons of display value and the accessory will let you do just about all you can imagine the leader of the Autobots would be doing. We don't think you'll be disappointed with this guy and you'll likely get more excited about the future Ultimates! waves and setting up your own G1 world!

You can acquire the legend himself from Entertainment Earth.