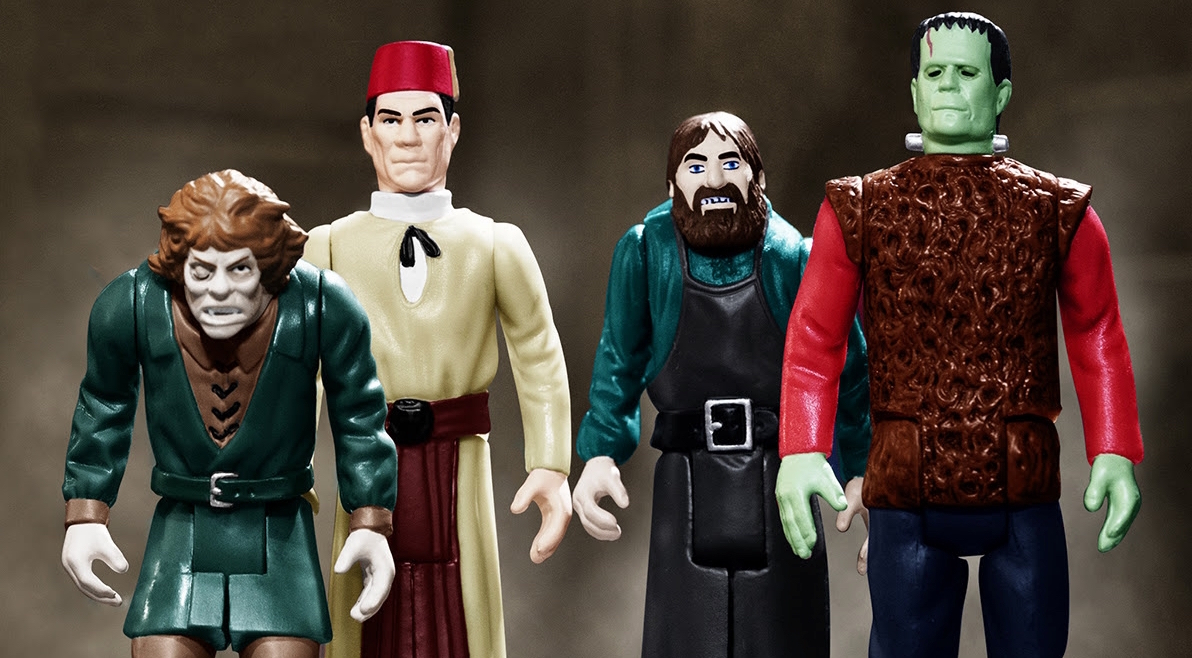 Imhotep has risen, and walks among us as Ardeth Bay, a mysterious Egyptian historian who is desperate to resurrect his forbidden love, the princess Ank-su-namun. This 3.75 articulated Universal Monsters ReAction figure of Ardeth Bay shows the Mummy in his human guise, complete with his fez. Bey is so desperate to reincarnate his love, hes willing to kill a woman in order to resurrect her as his immortal bride, which, of course, is more than a little problematic. Legend has it that you can help keep Helen in the world of the living by adding the Universal Monsters ReAction figure of Ardith Bay to your collection!

The Hunchback of Notre Dame

While beauty (or lack thereof) may often only be skin-deep, in the case of Ygor, his twisted physique does not belie the twisted heart of a murderer. This 3.75 articulated Universal Monsters ReAction figure of Ygor depicts Bela Lugosi in one of his most memorable roles and comes on cardback featuring classic Monsters-style artwork by Ed Repka. Given his propensity for using Frankensteins monster to seek revenge on those who have wronged him, the prudent move is to stay in his good graces and add the Universal Monsters ReAction figure of Ygor to your collection!

The Monster (Son of Frankenstein)