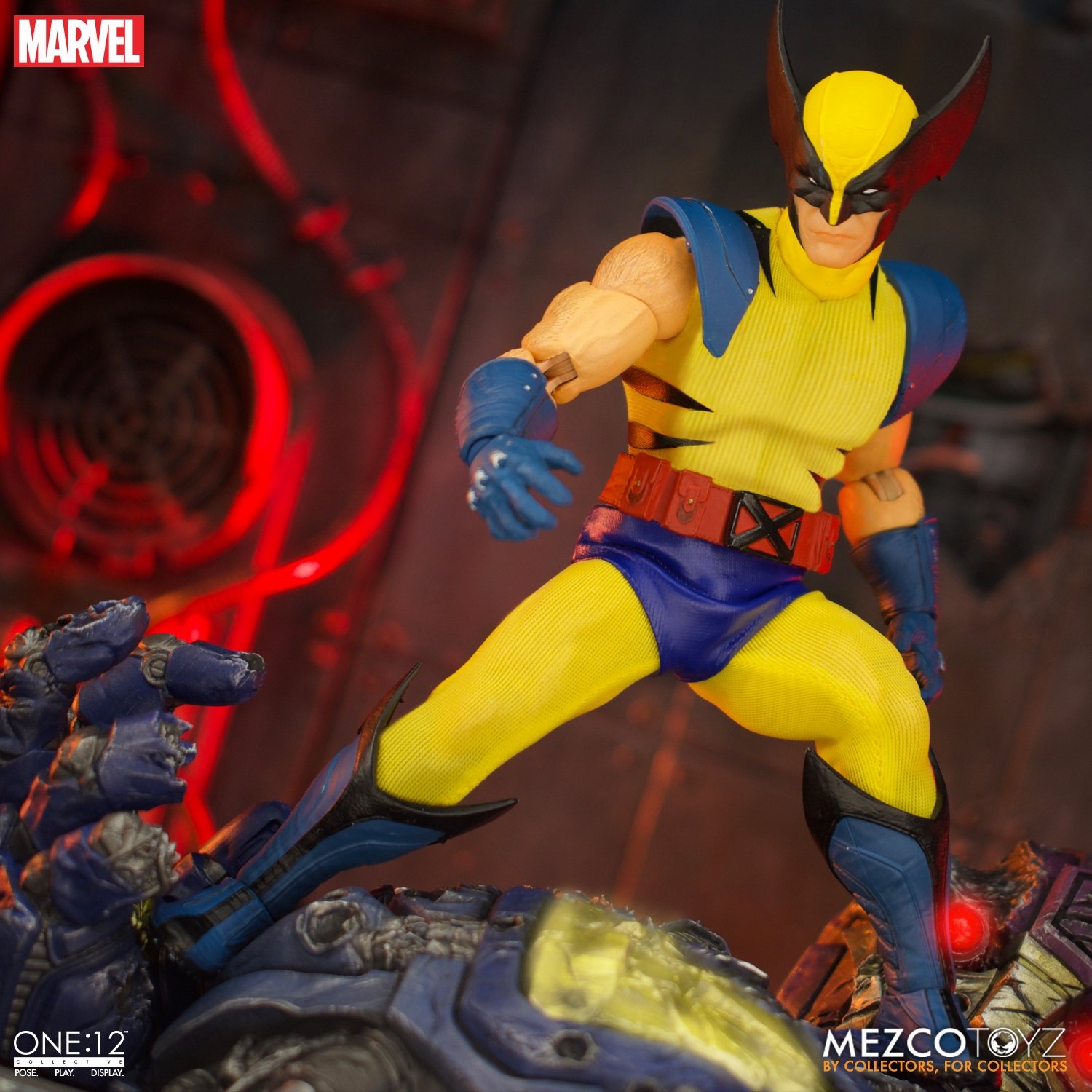 Recreate distinct looks from different eras! The iconic hero wears an X-Men issued suit with shoulder armor and includes two removable belts, one with interchangeable buckles. Wolverine features eight head portraits including two unmasked portraits and a battle-damaged portrait, as well as a range of interchangeable hands including both metal and bone clawed hands. Multiple slash FX are included and can be attached to all claw hands.

A mutant with an unstoppable healing power and adamantium metal claws, Wolverines no-nonsense attitude makes him one of the most ferocious heroes in the universe.


Each One:12 Collective Wolverine figure is packaged in a collector friendly tin, designed with collectors in mind.


The One:12 Collective Wolverine - Deluxe Steel Box Edition is available for preorder at https://mezcotoyz.com/one-12-collective-wolverine-deluxe-steel-box-edition.