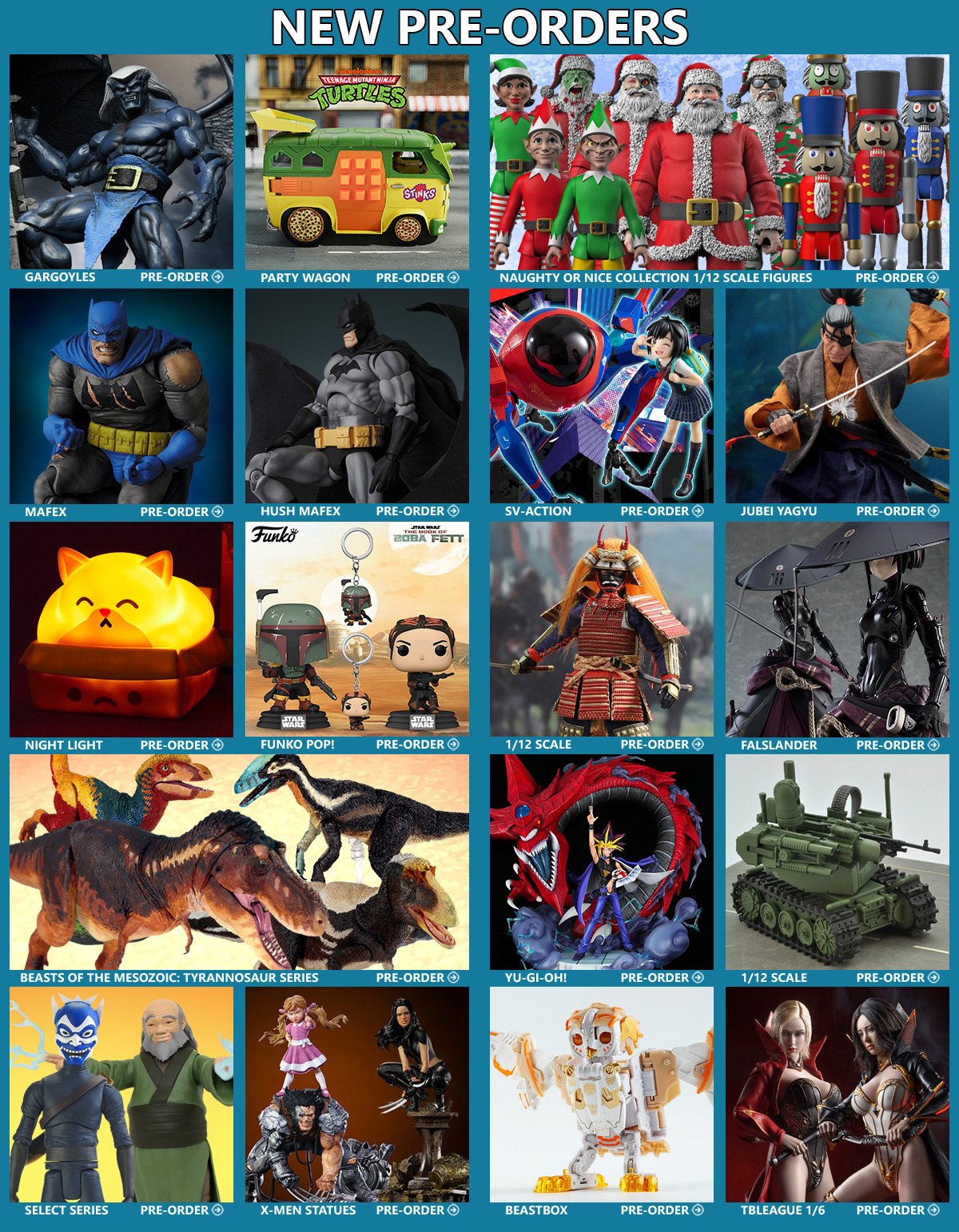 --------------
NEW PRE-ORDERS
--------------
The Thailog action figure measures 8 inches with a wingspan of 16 inches! The figure features full articulation, including on wings and tail, and comes with plenty of accessories: briefcase with removable money, flare gun, and interchangeable heads and hands. Time for the Teenage Mutant Ninja Turtles Ultimates party to hit the road! Super7 is here to transport your TMNT Ultimates collection to the next level with the Party Wagon! This is no regular Turtle hooptie; its a bodacious ride that can get SIX Ultimates figures from zero to sixty Foot Soldiers-stomped in no time flat! Fresh Monkey Fiction, in collaboration with designer and sculptor Arlen Pelletier and exclusively offered through BigBadToyStore, present The Naughty or Nice Collection of Christmas themed action figures. Based on the hit movie Spider-Man: Into the Spider-Verse, Sentinel presents Peni Parker & SP//dr as the third character in the new SV-Action figure series! In the exciting fantasy adventure game of Hero Quest, you and your fellow players must work together to battle the evil sorcerer Zargon and complete the quests. From neco's new series of illustrations called FALSLANDER comes a figma of the lone warrior who wields a large sword, RONIN. 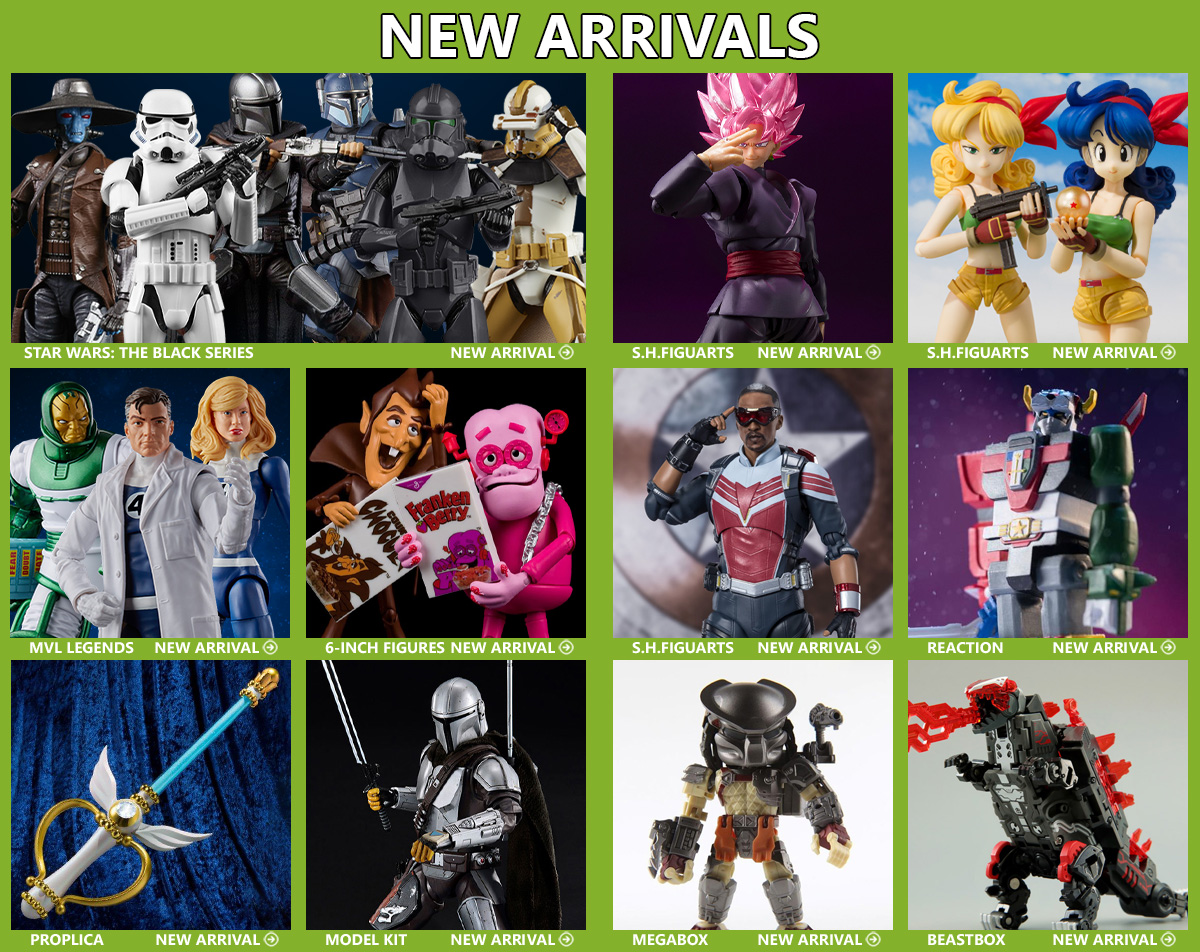 ------------
NEW ARRIVALS
------------
After the formation of the Galactic Empire, a small group of highly skilled enlisted recruits is tasked with neutralizing anti-Imperial insurgents throughout the galaxy. The Star Wars: The Black Series Elite Squad Trooper figure captures the appearance of one of these agents. Goku Black in Super Saiyan Rose form returns to the S.H.Figuarts line in a special colorway, featuring a shiny pink metallic finish on his hair. A woman with a strange disorder causes her to switch between two different personalities each time she sneezes. Launch now joins S.H.Figuarts with full action! As well as post-sneeze blonde hair for her, various optional parts recreate the scenes from the series! Add your favorite General Mills cereal mascots to your collection with these Count Chocula and Franken Berry action figures! This Bandai model kit of The Mandalorian wearing his Beskar Armor is based on his appearance in the second half of the first season of the hit Disney plus series. Once complete, the figure includes a detachable jetpack, the Dark Saber, a blaster rifle, a blaster pistol, and the beskar spear. From Marvel Studios' latest work "The Falcon and the Winter Soldier" comes The Falcon as an S.H.Figuarts figure!