The All-Purpose Lightweight Carrying Equipment pack frame, or ALICE, was the frame that held the proton pack both int he original 1984 film and Afterlife. Now here's where it gets complicated, they are different frames. Not to worry, we'll break each of them down to help you decide which one is right for you. 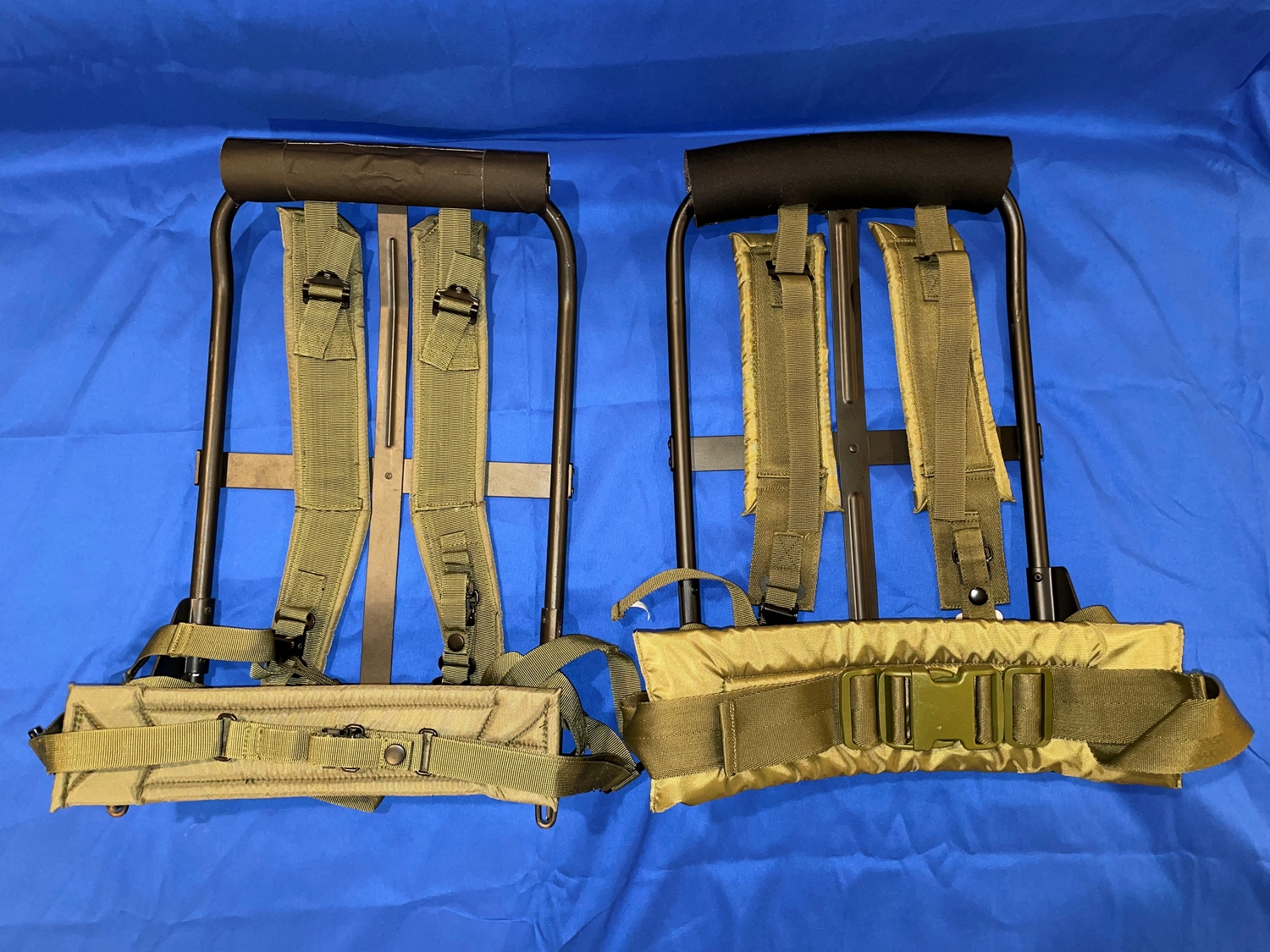 With the recent update on the HasLab proton pack, we received received word that the pack is coming with clips for you to connect it to an ALICE frame, boosting the screen accurate look. As we mentioned not all ALICE frames are the same. You can see in the above there are differences in the padding, the frames, and the neck rests. The ALICE frame used in Ghostbusters 1 is called and LC-1 frame. The LC-1 frame (pictured on left) is a late '70's era product, whereas the ALICE frame on the right is a current production item. Depending on your cosplay you might want one or both. Let's break down what sets them apart. 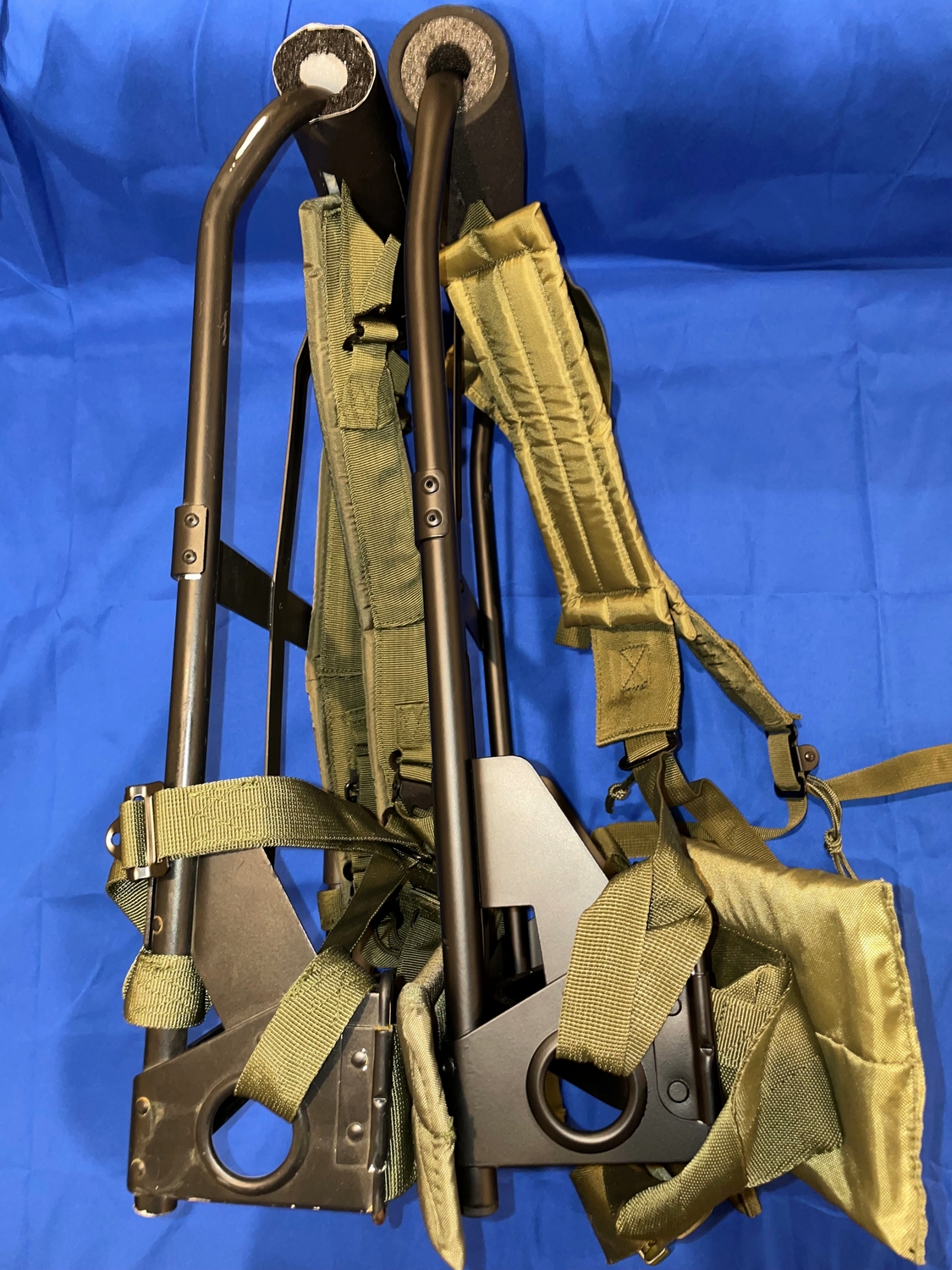 As you can see in the above, the major difference comes in the bend of the frame and the shape of the base. The LC-1 frame, pictured on the left, has a more angular bend at the top and a triangular vice square hole on the bottom.


You'll notice the straps are a different color and style as well. We acquired out LC-1 frame from military surplus, which you can too or off eBay but expect to spend between $50 and $80 for an authentic one. The padding didn't come with it though so we picked up ours from GBfans.com. You can also get a replica LC-1 frame from them for $70. Fortunately, per the film studio, the Afterlife pack utilized the standard padding on the frame that you can currently acquire, so only one purchase is necessary. You can get that ALICE frame off Amazon or a variety of places online. It is currently sold out on Amazon, likely due to people getting it in advance of the pack, but you can still get it from GBfans.com. Now the final thing that sets these apart is the neck padding. This does not come standard and requires some customization on your part. The LC-1 frame for the 1984 setup requires a white foam pipe insulator, gaffer's tape, and some black fabric paint. The gaffer's tape is just applied horizontally then vertically on the ends, and the fabric paint is used to paint the ends, while keeping the inside of the tube white. Where can you get a white tube you ask? Well, not Home Depot or other big box home improvement centers. We found ours at Grainger, remember this as it will come back in next week's segment. You want one with a 1/2 inside diameter as it will not go all the way around the frame, just the end as seen above. See this tutorialfor a more detailed instruction set.

The Afterlife neck padding (pictured right) is a lot simpler. It's just a 3/4 gray foam pipe insulation, which you can acquire from Home Depot. On top of that is a neoprene pad that encompasses it. Now it get tricky as you need to glue it to the foam and it will fight you. We used Gorilla spray glue to adhere it to the foam and a little quick dry glue for the end. You have to make small cutouts for the straps and frame. Don't worry there is a pretty good tutorial on YouTube.

Well, that all for this segment. This will be one of our last few written reviews, and next week we'll continue the serious in video form to keep more uniform with our new format. We hope this was helpful as you make the decision regarding which version of the frame to acquire.