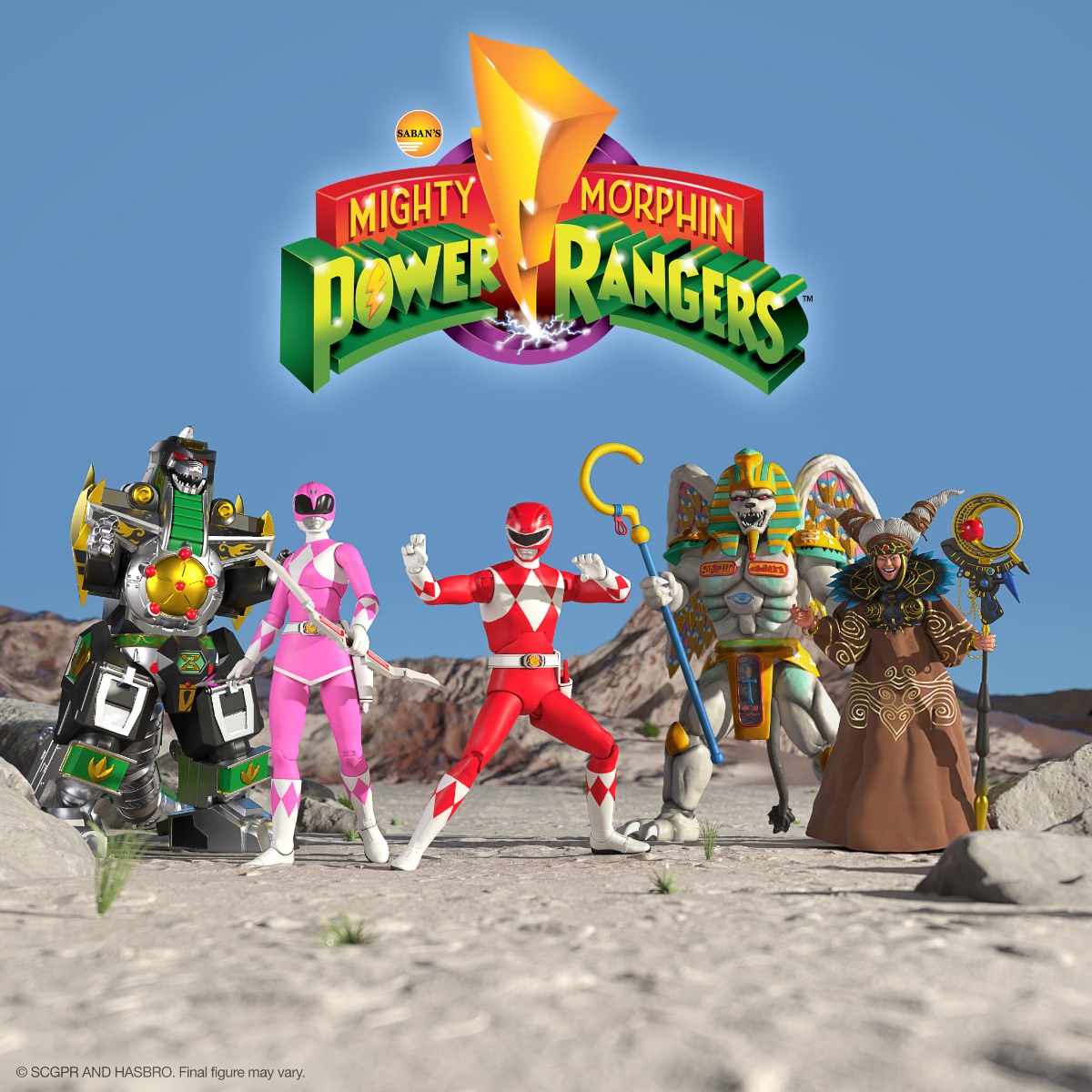 Its a good thing she has an athletic background, because between protecting Angel Grove, training for the Pan Global Games, and just being a teenager trying to get through the school day, it must be exhausting to be the Pink Ranger!

This 7-inch scale fully articulated Mighty Morphin Power Rangers ULTIMATES! Pink Ranger figure features interchangeable heads to represent both Kimberly Hart and Katherine Hillard, and includes all the accessories a valley girl could want! Whether shes turning handsprings or turning the tables on Rita Repulsa, the Pink Ranger is a non-stop force against evil.

Already an evil sorceress hell-bent on conquering earth, Rita Repulsas 10,000 years of imprisonment in a dumpster did NOT improve her dispositiona fact the Mighty Morphin Power Rangers, Angel Grove, and all of Earth quickly learned the hard way!

Whether its Jason Scott Lee or Rocky DeSantos, the Mighty Morphin Red Ranger has the martial arts chopsto cut Rita Repulsa and her evil minions down to size!

Whether facing down the Mighty Morphin Power Rangers while the Green Ranger was under Rita Repulsas evil spell, or fighting alongside our heroes to keep Angel Grove safe, the mighty Dragonzord strikes fear into the hearts of all who oppose it!