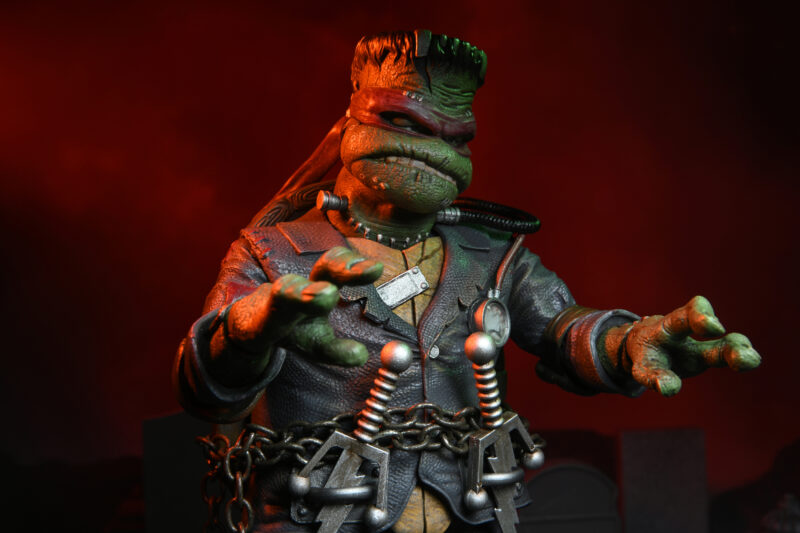 The first figure to be released will be Raphael as Frankensteins Monster, coming in early 2022. Subsequent figures set for 2022 will include a full line of TMNT characters inspired by classic icons of horror from Universal Pictures.

Raphael as Frankenstein's MonsterNECA's Ultimate format is a favorite among collectors for its complete portrayal of a character with a wide array of accessories so that many scenes can be recreated. The 5th-panel packaging also allows collectors to remove and replace the figure without damaging the packaging.

NECA is a longtime ViacomCBS partner and has produced an expansive line of TMNT collector products based on the franchises movies and animated series, including collector figures, prop replicas, accessories, collectibles and moreavailable at Target, Walmart, and local comic book stores across the United States as well as internationally through authorized distributors around the world. In 2021, NECA announced its collaboration with Universal for a Universal Monsters-inspired line and began producing highly detailed action figures based on their classic horror movies.